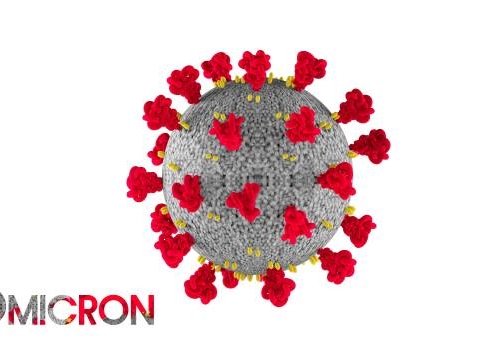 Amidst the hustle and bustle of the season, the Omicron variant of SARS-CoV-2 is demanding our attention above the noise. The mutation has topped the charts as the most dominant version in the U.S. today.

Omicron is now credited for 73% of new COVID-19 infections in the last week. In areas around New York, the Southeast, the industrial Midwest and the Pacific Northwest, the Omicron estimate is even higher, responsible for around 90% of new infections.

In the week prior, it accounted for only 12.6% of positive cases, making it the most rapidly spreading variant the country has seen yet.

Early data suggested infection caused by Omicron may result in less severe COVID-19 illness, giving a glimmer hope for the winter months where the public will be battling both the flu and coronavirus. But as more infections surface, hope grows dim as researchers at Imperial College London compared 11,329 confirmed or “likely” Omicron infections with 200,000 infected with other variants.

The team’s findings were gloomy: “No evidence of Omicron having lower severity than Delta, judged by either the proportion of people testing positive who report symptoms, or by the proportion of cases seeking hospital care after infection.”

Prior infection doesn’t seem to be holding much hope for natural immunity either. Before Omicron hit, a study in healthcare workers estimated that a previous infection of SARS-CoV-2 offered 85% protection against a second infection over a period of six months. Now “protection against reinfection by Omicron afforded by past infection may be as low as 19%.”

But it’s not all doom and gloom. Moderna announced Monday that preliminary data of a third booster shot of its mRNA vaccine does offer protection against the Omicron variant. A blood plasma study found that the three-shot regimen produced a 37-fold increase in neutralizing antibody levels against Omicron compared to the two-shot. Pfizer–BioNTech‘s vaccine also showed a jump in efficacy when a booster shot was administered.

According to Dr. Amesh Adalja, a senior scholar at the Johns Hopkins Center for Health Security, “All of us have a date with Omicron. If you’re going to interact with society, if you’re going to have any type of life, Omicron will be something you encounter, and the best way you can encounter this is to be fully vaccinated.” 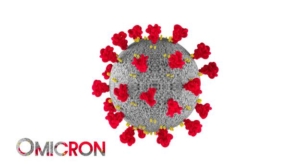 With Omicron overrunning nations just in time for the holidays, some countries have gone into early-Covid-like lockdowns. The Netherlands announced a lockdown beginning Sunday, lasting through two weeks into the new year. Residents are to “stay at home as much as possible” with limits on the number of visitors a home can receive and outdoor groups limited to two people.

Sweden also announced new travel rules requiring proof of vaccination for visiting neighbor-countrymen, while Israel added the U.S. and Canada to its growing list of “red countries,” banning citizens from travel to those countries. Japan closed its borders to foreigners at the end of November. France tightened travel restrictions between the U.K. and France to “compelling reasons,” for which tourism and business don’t qualify.

Less than two weeks away from another turn of the calendar year with the novel coronavirus and the end of the global epidemic is still nowhere in sight. It turns out, COVID-19 is that terrible gift that keeps on giving the whole year. But for how many years is the real question.