By Alex Keown and Mark Terry 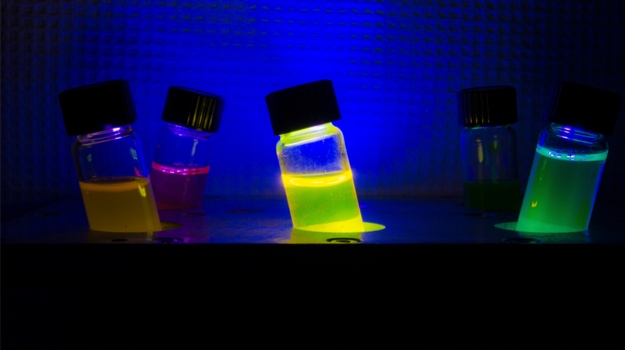 We all love a good campfire story regarding ghosts, ghouls and things that go bump in the night. This Halloween, BioSpace has collected six tales of thrills and chills from the pharma and biotech industries that will surely have you covering your eyes in terror.

In November 2018, Chinese researcher He Jiankui used CRISPR-Cas9 gene editing to alter the DNA of embryos for seven couples. Since then at least one set of twins has been born. The CRISPR editing was performed during in vitro fertilization (IFV). The fathers of the seven couples all had controlled HIV infections suppressed by standard HIV drugs. He Jiankui used CRISPR to disable a gene called CCR5. The gene creates a protein that allows HIV to enter the cell.

Because the procedure was conducted on the embryos, the children, should they have children of their own sometime in the future, will pass the gene modification on to their own offspring. At this time, it is still unknown if there are unexpected side effects to the procedure.

The international community was outraged and called for a moratorium against these types of experiments. Criminal investigations by the Chinese government were launched and He Jiankui was placed under house arrest.

This month, researchers developed a variation called CRISPR prime editing that is even more precise, accurate and flexible. In many ways, this is absolutely going to revolutionize medicine in a positive way. There are about 7,000 inherited genetic diseases caused by what are called point mutations, where a single nucleotide is wrong, and CRISPR prime can theoretically fix most of them.

Why is this scary?

Because what used to be science fiction is very close to reality—want to create fluorescent skin by inserting a gene for fluorescence? It’s theoretically possible now. Want to choose the hair color, eye color, physical ability, intelligence, or whatever traits of your child? Could be possible now.

And in the U.S., where ephedrine is closely regulated to prevent the cooking of meth, you can buy a mail-order CRISPR kit for about $160 and genes for as low as 7-cents per base pair online. And you just know, somebody’s going to try to do this sort of stuff.

Medicine for the Rich

Currently, the most expensive therapy in the world is Novartis’ Zolgensma gene therapy for spinal muscular atrophy (SMA). The price tag is $2.1 million. SMA is caused by a defective or missing SMN1 gene. Infants with SMA Type 1 quickly lose the motor neurons for muscle functions like breathing, swallowing, speaking and walking. If untreated, most die by the age of two years. Zolgensma appears to cure it. There is also another treatment, Biogen’s Spinraza (nusinersen), which comes with a price tag of $750,000 for the first year and $375,000 for each year afterwards. Comparatively speaking, Zolgensma is a bargain—for a one-time $2.1 million treatment, the children are cured.

Make no mistake—these drugs are absolutely worth the price. They also likely are less expensive than the extensive care and hospitalizations required prior to the development of treatments—and you can’t really put a price on a life.

SMA is a fairly rare disease with an estimated incidence of 1 in 6,000 to 1 in 10,000 live births. That explains at least part of the price.

But more and more gene therapies are going to be approved and if these procedures become common or are approved for much more common diseases—type 1 diabetes, for example, with 1.25 million people in the U.S.—there is no possible way payers and governments can spring for those sorts of prices, even if they wanted to.

At this time, payment, pricing and payers aren’t prepared to deal with how to handle high-priced, life-savings treatments in an equitable way. It would be scary to think the only people who could be treated would be the wealthy.

Although it can seem like a rather weird thing to say, terrorists seem to prefer bombs, guns and/or cars to conduct their terror attacks. Or in the case of 9/11, hijacking planes. The most well-known biological terror attack in the U.S., the anthrax-contaminated letters in 2001, were perpetrated by Bruce Ivins, a scientist at the Department of Defense’s biodefense laboratories at Fort Detrick in Maryland.

There have been a surprising number of ricin attacks since then, but no fatalities.

Still, in terms of the fear factor the potential for mass deaths—and as the easy access to gene-editing technology might underline—all the tools of cutting-edge biotechnology can also be used to destroy, if individuals or organizations with that inclination want to. Scary indeed.

Scandals in the pharmaceutical industry can be frightening for a number of reasons. Not only could a medication be misrepresented, particularly in areas of safety, but investors can also see the horrors of their financial investments going up in the smoke of a witch’s brew. In recent months and years names like Martin Shkreli and Elizabeth Holmes have dominated the headlines for the scandalous behavior of defrauding investors, at least, according to the charges they face. Still, there are other kinds of horrific scandals throughout the industry. One scandal in particular culminated in the bankruptcy filing of Insys Therapeutics. The opioid drugmaker was forced to file due to the number of lawsuits against the company stemming from the fraudulent marketing schemes that were used to boost sales of the powerful opioid Subsys. That bankruptcy filing followed a guilty verdict in a trial of former Insys executives, including founder John Kapoor of orchestrating those schemes to boost prescriptions.

The opioid crisis has also led to the bankruptcy of Purdue Pharma, which will pay up to $12 billion in fines due to the marketing of its opioid drugs, including OxyContin.

Georgia-based MiMedx was forced to undergo a restructuring and restating of financial statements for five years due to an audit that led to the abrupt resignation of CEO Parker H. “Pete” Petit. In addition to the financial issues, MiMedx has been scrutinized by several government agencies over its sales practice.

Is that really good for me?

This year saw the recall of several drugs that had been contaminated with carcinogens during the manufacturing process. Most recently, Sanofi issued a recall of its over-the-counter and prescription Zantac (ranitidine) due to the presence of the known carcinogen N-nitrosodimethylamine (NDMA). In addition to Sanofi, Dr. Reddy’s Laboratories also issued a voluntary recall of its prescription and over-the-counter (OTC) ranitidine tablets and capsules. GlaxoSmithKline and Novartis have also recalled or stopped production of their ranitidine tablets. Ranitidine is an H2 (histamine-2) blocker, which decreases the amount of acid created by the stomach. Prescription ranitidine is approved for multiple indications, including treatment and prevention of ulcers of the stomach and intestines and treatment of gastroesophageal reflux disease

Not only has there been concern about the carcinogen in ranitidine products, the FDA has also had to raise red flags over some blood pressure medications that have been found to have NDMA. Teva Pharmaceuticals has had to recall lots of bulk Losartan Potassium due to the detection of N-Nitroso-N-methyl-4-aminobutyric acid discovered in the manufacturing process. In March, the FDA raised concerns about losartan potassium tablets sold by India-based Hetero Labs Ltd. and distributed by Camber Pharmaceuticals.

How bad could this really be?

It’s no secret that price of pharmaceutical drugs has become a political issue with politicians from both sides of the aisle offering up different legislative options to control costs, particularly those incurred by the government in support of publically-funded health plans like Medicare. One of the most popular solutions put forth by both political parties is to tie the costs of drugs covered by Medicare to an International Pricing Index, or as President Donald Trump refers to it, a “favored nations clause.” This means that the government plans would not pay a higher cost for those drugs than other countries pay, which is currently not the case. For consumers covered by Medicare, that sounds pretty good. But to the pharmaceutical industry, this is a nightmare scenario.

Why? Well, according to industry representatives, the loss of revenue to the pharma companies would hinder future investments in research and development. Stephen Ubl, chief executive officer of the powerful industry lobbying group Pharmaceutical Research and Manufacturers of America (PhRMA) said tying prices to the IPI would be “devastating” to the industry. Ubl said the bill would have devastating effects on the industry and the patients. He noted that the pricing plan would hinder future innovation due to the loss of revenue. That revenue, Ubl and other members of PhRMA argued, is returned to the company and used to support research & development on future drugs. Earlier this year, the U.S. Chamber of Commerce unveiled a study that also opposed the idea of tying drugs to the IPI. The study predicted dire consequences that could limit options for many patients, including cancer patients.