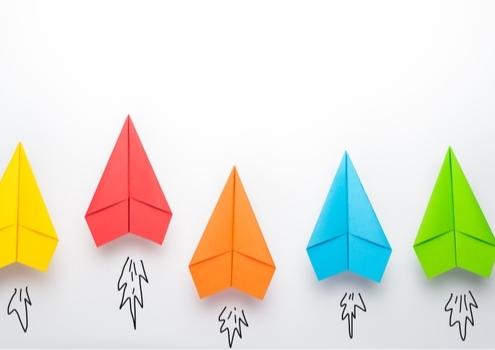 Less than one month after the White House zeroed in on 14 vaccine candidates for COVID-19, the administration has narrowed that list even more to five potential treatments for the prevention of the novel coronavirus that has contributed to the deaths of more than 106,000 Americans.

The five companies developing vaccine candidates selected are Moderna; AstraZeneca, which is collaborating with Oxford University; Pfizer and its partner BioNTech; Johnson & Johnson; and Merck. GlaxoSmithKline and Sanofi, which are both advancing potential vaccine programs for COVID-19, were not among the five finalists.

The White House selected these companies as part of its Operation Warp Speed Program, which was announced last month with a goal of having 100 million doses of a vaccine against COVID-19 available by November. When Operation Warp Speed was initially announced, the federal government initially looked about 100 vaccine candidates. The government’s goal is to identify the most promising vaccine candidate while it is still under development and provide as much support as possible in order to move it through the clinical and regulatory process in order to have it available for the public.  The administration will select its final vaccine candidate for potential acceleration within the next few weeks, The New York Times reported this morning.

Massachusetts-based Moderna moved its mRNA-based vaccine into Phase II last month and is already eying July to begin its Phase III study. Anthony Fauci, director of the U.S. National Institute of Allergy and Infectious Diseases (NIAID), which is collaborating with Moderna on the vaccine candidate, said the late-stage study could include about 30,000 patients ranging from people in their late teens to the elderly. Development of Moderna’s vaccine candidate is being supported by a $483 million grant from the Biomedical Advanced Research and Development Authority (BARDA).

Moderna is not the only one of the finalists to receive financial support from the federal government to rapidly develop a vaccine. Johnson & Johnson and AstraZeneca have also been funded. J&J and BARDA struck a deal valued at nearly $1 billion earlier this year to develop a vaccine for COVID-19. Then, the life sciences giant struck a manufacturing deal with Emergent BioSolutions, a contract development and manufacturing organization, to support the manufacturing needs for the potential medication. On Tuesday, Emergent struck another deal, this time with the federal government to handle domestic production of leading COVID-19 vaccine candidates through 2021. Johnson & Johnson has yet to move its vaccine candidate into Phase I, but that is likely to be sped up. The Times said.

AstraZeneca, which is in partnership with the Jenner Institute of Oxford University, entered into a nearly $1 billion agreement with BARDA last month to support the development of its vaccine candidate. The vaccine has shown promise based on testing in rhesus monkeys. Like Moderna, AstraZeneca and Oxford believe they can have a vaccine available by the fall of this year as a best-case.

Fauci has pointed to both candidates from Moderna and AstraZeneca as promising hope for a vaccine. However, he has cautioned that it is unknown how long a vaccine could be effective against this type of coronavirus.

Pfizer and BioNTech dosed their first patients in a Phase I/II trial last month. The two companies partnered in April to develop BioNTech’s BNT162, an mRNA-based vaccine candidate. Pfizer’s and BioNTech’s development program includes four vaccine candidates, each representing a different combination of mRNA format and target antigen. The two companies have ramped up their manufacturing efforts in order to have millions of doses available as quickly as possible should the candidate pass muster.

Merck has been a bit slower to move into vaccine development for COVID-19, but the pharma giant has made a few moves to catch up. Last month it acquired vaccine-development company Themis and formed a collaboration with IAVI to develop a vaccine. Merck is also working on an antiviral treatment for COVID-19 with Ridgeback Biotherapeutics.