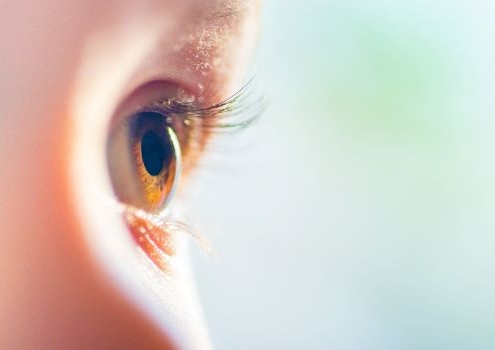 With $19 million in seed funding led by the Retinal Degeneration Fund, Opus Genetics launched with a mission to develop gene therapies for rare forms of blindness driven by genetic mutations. The startup’s initial focus will be on rare blindness conditions affecting pediatric patients.

This is the first company that was internally conceived and spun out by the Retinal Degeneration Fund, the venture arm of the Foundation Fighting Blindness.

The new company was formed to advance the work of Dr. Jean Bennett, the F.M. Kirby Emeritus Professor of Ophthalmology at the Perelman School of Medicine at the University of Pennsylvania, Junwei Sun, chief administrator of Penn’s Center for Advanced Retinal Ocular Therapeutics, and Dr. Eric Pierce, the William F. Chatlos Professor of Ophthalmology at Harvard Medical School and Massachusetts Eye. All three researchers are scientific founders for Opus and both Bennett and Sun are founding members of Spark Therapeutics, which won regulatory approval for Luxturna, a gene therapy for a rare form of blindness.

The lead programs for Opus Genetics, which is based in North Carolina, are aimed at developing therapeutics that will address mutations in genes that cause different forms of Leber congenital amaurosis (LCA), a group of rare inherited retinal diseases that typically present in infancy and are characterized by degeneration of photoreceptors, the cells in the retina that make vision possible. The lead asset is OPGx-001, which is designed to address mutations in the LCA5 gene. That gene encodes the lebercilin protein. Mutations in the LCA5 are among the most severe forms of LCA and impact approximately one in 1.7 million people.

Opus expects to file an Investigational New Drug application for OPGx-001 program in early 2022 and enter the clinic in mid-2022.

The startup’s second asset is OPGx-002. This treatment aims to restore protein expression and halting functional deterioration in patients who have retinal dystrophy caused by mutations in the retinal dehydrogenase (RDH12) gene (LCA13). These mutations affect one in 288,000 people.

Preclinical data have suggested the potential of these approaches to restoring structure and function. Opus’ programs have been licensed from the University of Pennsylvania.

Bennet, who has dedicated his career to the research and development of treatments for blinding diseases, said founding Opus will enable the progression of OPGx-001 and OPGx-002 for LCA treatment. The company’s launch will also provide a means to build a pipeline of additional treatments for genetically-driven forms of blindness.

The launch of Opus comes one day after Swiss pharma giant Novartis acquired Arctos Medical to strengthen its gene therapy-based options to treat different forms of genetically related blindness. Arctos harnesses the power of optogenetics to restore vision to patients with progressive blindness.

Ben Yerxa, chief executive officer of the Foundation and the RD Fund, and acting CEO of Opus said the startup is a “first-of-its-kind model for patient-focused therapeutic development.”

“Opus is uniquely positioned to bring experts, resources and patients together to efficiently advance ocular gene therapies for small groups of patients that to date have been neglected,” Yerxa said in a statement.

In addition to the RD Fund, the $19 million seed financing was supported by the Manning Family Foundation and Bios Partners.