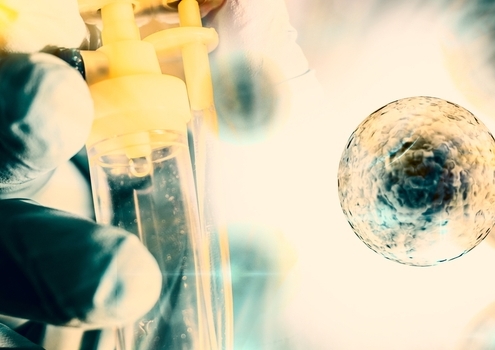 Orca focuses on high-precision allogeneic cell therapy with the goal of being able to replace a patient’s diseased blood and immune system with a healthy one. Its approach is based on a proprietary mix of cells that can cure disease and eliminate dangerous side effects.

The funds will be used to continue advancing its cell therapy pipeline and novel manufacturing platform. The technology sorts blood at the single-cell level with a high level of purity. There can be a trade-off when it comes to bone marrow transplants, with using only a few cells with great precision or using a lot of cells and giving up some of that precision. The most common approach is to have less precision in order to utilize large numbers of cells to treat patients. Orca’s technology processes large numbers of cells while maintaining single-cell precision.

The most advanced program is TRGFT-201, a formulation of T-cells that includes subsets of regulatory T-Cells. Currently there is an ongoing Phase Ib trial in advanced hematologic malignancies that is projected to wrap in September 2022. The second trial is of OGFT-001, which is in a Phase I trial in acute myeloid leukemia, acute lymphoblastic leukemia, myelodysplastic syndromes and acute leukemia. It is projected to be completed on July 1, 2022.

“The capital we have raised has formed the launch pad for a world-class, fully integrated allogeneic cell therapy company differentiated from all others,” said Ivan Dimov, co-founder and chief executive officer of Orca Bio. “Replacing bone marrow transplants is a logical first step in next-generation allogeneic cell therapy. While a conventional bone marrow transplant administers an uncontrolled cell product, Orca Bio has been the first to deliver a high precision cell therapy. We are initially focused on advancing two clinical programs in patients with blood cancers and have successfully treated the largest-ever number of patients with a high precision cell therapy. We believe our approach has the potential to transform allogeneic cell therapy, and thus the treatment of not only blood cancer, but also many other diseases with significant unmet need, such as a variety of genetic diseases and autoimmune disorders.”

“With precise reconstitution using highly defined cell preps and a swift reboot of the patient’s immune system, Orca Bio’s product candidates have the potential to eliminate fatal side effects, such as graft-versus-host disease, and infections commonly associated with bone marrow transplants while maintaining or enhancing anti-tumor efficacy,” said Klausner. “The possibility of improving cure rates and minimizing toxicity holds the promise of expanding the eligible patient population for successful bone marrow transplantation in cancer.”