Placebo response is one of the most significant challenges faced by drug developers who are investigating new pain medications. According to a review of published chronic neuropathic pain trials, placebo responses have increased in magnitude over time, making it even more difficult to definitively demonstrate treatment advantage.[1] Research has also shown that up to 60 percent of study participants may experience placebo-related analgesic responses and that these responses may be persistent.[2]

As we know from our own work and the research of others, the placebo response is a recognized psychobiological phenomenon that must be factored into any chronic pain clinical trial with a symptom-based approach. Generally, chronic pain studies are designed under the assumption that the placebo effect accounts for approximately 30 percent of the analgesic response.[3] In this article, we provide an introduction to the latest placebo considerations for sponsors of chronic pain studies, including strategies for developing robust placebo-controlled analgesia clinical trials and tips for reducing response bias and variability.

Etiology of the placebo response

Expectation of benefit refers to a phenomenon where subjects are more likely to report improvements in pain if they believe they have received the active drug. Meta-analyses have shown that measurements of subject expectations toward treatment are predictive of outcome.[4]

Response bias occurs when the responses of subjects are influenced by their perceptions of what will elicit positive reactions from study staff. Study participants tend to believe that reports of pain improvement will be received more favorably. Study staff may exacerbate response bias if they react more positively to reductions in pain.[5]

Pain is a culturally defined physiological and psychological experience. Consequently, sociocultural factors can influence pain perception, tolerance, and coping style; and cross-cultural studies have shown significant differences in the meaning of pain in different countries. When designing clinical trials, sponsors must account for potential psychological or cultural variability in the experience of pain when selecting endpoints. In some cases, scales measuring the degree of satisfaction with how pain is being managed may be more useful than scales assessing pain intensity.

The regulatory requirement for placebo control is made on a case-by-case basis and varies by geography. While the U.S. Food and Drug Administration has not issued specific guidance on placebo control in chronic pain studies, the European Medicines Agencies have stated that placebo control is necessary as long as ethical use is clearly understood and implemented.[6] According to the EMA Guideline on the Clinical Development of Medicinal Products Intended for the Treatment of Pain:[7]

Pain intensity, availability of standard therapy, and ability to justify rationale to regulators are all important considerations when determining whether to include placebo control in an analgesia clinical trial. In chronic pain studies, a key concern of placebo control is subjecting participants to undue suffering. Use of rescue medication is a critical mechanism for alleviating this concern, and study design can also be modified to address potential ethical issues and optimize retention. A common modification is the addition of an active control arm. Other possible modifications include:

Two-phase, sequential parallel comparison designs (SPCD) have also been used. In these studies, participants are randomized to either placebo or the active drug in the first phase. Only those participants classified as placebo non-responders proceed to the second phase, where they are re-randomized between placebo and active drug. Data from both phases are pooled for the final analysis. Two-way enriched design is an extension of SPCD where both placebo non-responders and active treatment responders are re-randomized in the second phase.

Other strategies for excluding placebo responders from analysis include:

The role of training programs

Increasingly, training programs are being used to target both subject- and study staff-related factors that may contribute to the placebo effect. To dampen expectation of benefit, programs have been developed to help subjects neutralize their expectations and maximize the objectivity of their pain ratings. There are also training programs available for mitigating both subject and staff response bias. For subjects, this training reinforces the importance of accurate reporting and correct, consistent use of pain assessment tools. For study staff, these programs focus on strategies for avoiding leading questions and maintaining neutrality in all patient interactions.

Pain is the most common symptom for which patients seek medical attention, and there is an unmet need for new non-opioid pain medications. Breakthroughs in novel analgesic drug development, however, remain rare, despite progress in our understanding of pain and the placebo response. To advance therapeutics for chronic pain, sponsors need to consider the potential impact of placebo in chronic pain trials and implement innovative approaches to reducing response bias and variability.

[6] European Medicines Agency. EMEA/CPMP position statement on the use of placebo in clinical trials with regard to the revised declaration of Helsinki. EMEA/17424/01. London, 28 June 2001.

[7] European Medicines Agency. Guideline on the clinical development of medicinal products intended for the treatment of pain. EMA/CHMP/970057/2011. 15 December 2016. 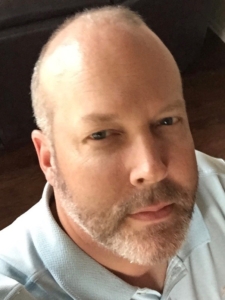 Scott Millard joined Premier Research in 1997 and has served in a variety of roles with increasing scope and responsibility, including most recently senior director, executive director, and vice president. Millard has served at a director level managing project managers and sponsor programs for more than 17 years specializing in analgesia and rheumatology.

As vice president, analgesia, Millard serves as the principal strategist who advises, consults, plans, and directs the design and strategy of new business opportunities and provides his expertise in the conduct of clinical trials. He is also responsible for developing strong relationships with existing and potential clients, clinical sites, and key opinion leaders.

Millard has a bachelor of science degree from the University of Texas and was certified as a clinical research associate in 1995 by the Association of Clinical Research Professionals. He is also a member of the Association of Rheumatology Professionals and American Pain Society and holds recurring affiliations with the International Association for the Study of Pain, Drug Information Association, and ACRP. 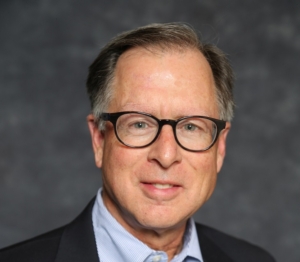 Dr. Skinner completed an internal medicine residency and then a fellowship in clinical pharmacology at Stanford University. Prior to entering the pharmaceutical industry, Dr. Skinner held an academic appointment as an associate professor at the University of Texas Health Science Center in San Antonio. He holds active medical licenses in California and Texas and is board certified in internal medicine and clinical pharmacology. Dr. Skinner has been elected to fellowship in the American College of Physicians and has published more than 45 scientific articles and abstracts. 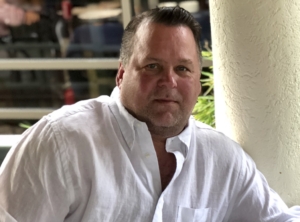 Douglas Baker serves as senior director, program delivery, analgesia. In this role, he operates at a strategic support level to align programs through key stakeholder engagement, and cross-functional management. Baker has more than 26 years of experience providing operational oversight and leadership on more than 40 clinical studies across all phases of drug development around the globe. He has extensive experience conducting Phase 1-4 global studies within the analgesia, central nervous system, and cardiovascular therapeutic areas. He has managed multiple studies using scheduled compounds, stimulants, triptans, esters, and amides.

The Road to Answers in Health Is Now a Multi-Lane Expressway
Scroll to top
Posting....