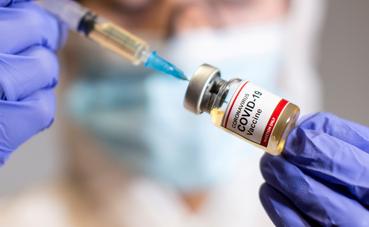 (Reuters) – Oxford scientists are preparing to rapidly produce new versions of their vaccine to combat emerging more contagious COVID-19 variants discovered in the UK, South Africa and Brazil, The Telegraph reported on Wednesday.

The team behind the vaccine from Oxford and AstraZeneca Plc is undertaking feasibility studies to reconfigure the technology, the newspaper said, citing a confirmation from the Oxford University.

FILE PHOTO: A woman holds a small bottle labelled with a “Coronavirus COVID-19 Vaccine” sticker and a medical syringe in this illustration taken October 30, 2020. REUTERS/Dado Ruvic

The scientists were working on estimating how quickly they could reconfigure their ChAdOx vaccine platform, the report said.

A university spokesman told the newspaper that Oxford is carefully assessing the impact of new variants on vaccine immunity and evaluating the processes needed for rapid development of adjusted COVID-19 vaccines.

Oxford did not immediately respond to a Reuters request for comment.

Separately, British Prime Minister Boris Johnson said on Wednesday that the nation’s medicines regulator will be ready and able to give approval to new versions of COVID-19 vaccines designed to counter new variants of the coronavirus that may appear.