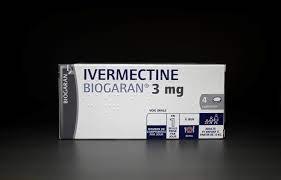 June 23 (Reuters) – The University of Oxford said on Wednesday it was testing anti-parasitic drug ivermectin as a possible treatment for COVID-19, as part of a British government-backed study that aims to aid recoveries in non-hospital settings.

Ivermectin resulted in a reduction of virus replication in laboratory studies, the university said, adding that a small pilot showed giving the drug early could reduce viral load and the duration of symptoms in some patients with mild COVID-19. read more

While the World Health Organization, and European and U.S. regulators have recommended against using ivermectin in COVID-19 patients, it is being used to treat the illness in some countries, including India. read more

A box of the drug Ivermectine, made by Biogaran, is pictured on the counter of a pharmacy, as the spread of the coronavirus disease (COVID-19) continues, in Paris, France, April 28, 2020. REUTERS/Benoit Tessier

“By including ivermectin in a large-scale trial like PRINCIPLE, we hope to generate robust evidence to determine how effective the treatment is against COVID-19, and whether there are benefits or harms associated with its use,” co-lead investigator of the trial Chris Butler said.

People with severe liver conditions, who are on blood-thinning medication warfarin, or taking other treatments known to interact with ivermectin, will be excluded from the trial, the university added.

Ivermectin is the seventh treatment to be investigated in the trial, and is currently being evaluated alongside antiviral drug favipiravir, the university said.

Reporting by Shanima A in Bengaluru; Editing by Vinay Dwivedi

Webinar – The Incubators of Innovation: Academic Medical Centers As Digital...
Scroll to top