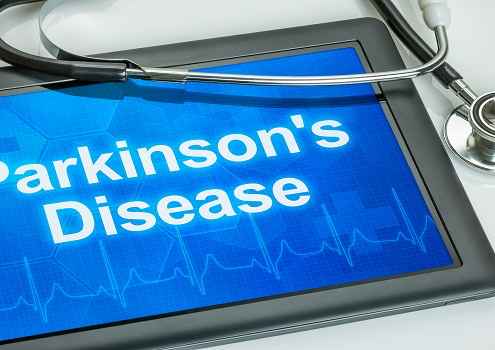 With the COVID-19 pandemic closing physicians’ offices and causing patients to think twice about exposing themselves in healthcare settings, Neurocrine is delaying its launch of Ongentysis®.

The FDA approved the drug in late April as an add-on therapeutic for patients with Parkinson’s disease who are experiencing off periods. This is the company’s third drug in three years.

“Ongentysis is ready to go to market but hasn’t yet launched,” Kevin Gorman, Ph.D., CEO, said during the Bank of America Merrill Lynch Health Care Conference 2020, presented virtually May 12. “This isn’t an environment any company wants to launch a drug into.”

He wouldn’t predict when it may be available commercially in the U.S. and Canada. Many neurology offices are closed, he pointed out, which makes prescribing difficult. There is a supply chain problem, too.

The drug is manufactured and marketed in Europe by BIAL. “It had an incident at a manufacturing site so, while we have sufficient launch supplies, we don’t have sufficient visibility into resupplies for 2021 and beyond,” Gorman explained. Manufacturing milestones are coming up late this quarter and in the summer, which he expects will rectify the situation.

Ongentys is an adjuvant therapy for levodopa and carbidopa. Ongentys, Neurocrine explained in its literature, is an oral, selective catechol-O-methyltransferase (COMT) inhibitor that helps block the COMT enzyme and thus breaks down levodopa, the gold standard therapy for controlling motor symptoms in patients with Parkinson’s disease. Ongentys protects levodopa by reducing its breakdown in the blood, making more levodopa available to reach the brain, prolonging its clinical effects and helping patients achieve motor symptom control.

It is administered once per day, with the last dose of levodopa/carbidopa. “Patients can sleep through the night without the off episodes they otherwise would have. The dose lasts throughout the day, so they dramatically reduce their off times and increase the on-time without dyskinesia,” Gorman said.

Neurocrine has eight other drugs in Phase I, II or III trials. Of those, he said, “Congenital adrenal hyperplasia (CAH) is one of the programs we are most excited about.” It’s a devastating genetic disorder in which an enzyme deficiency alters the production of adrenal steroids, severely constricting cortisol biosynthesis. Left unchecked, it results in dehydration and death. Currently, there are no non-steroidal FDA-approved treatments.

Detailed results of the Phase IIb study (in adults) will be released June 8 at the ENDO Online meeting. Echoing a prior, admittedly brief, announcement, Gorman said the study achieved at least a 50% reduction in two important steroids in half the patients. Those results led to “fruitful” conversations with the FDA and EMA, emanating in a trial design for a single Phase III study that will lead to registration in the EU and US. The trial is scheduled to begin the second half of 2020.

A collaboration with IDORSIA was announced May 11 in which Neurocrine will license ACT-709478 and take it into Phase II trials later this year. The compound already has Rare Pediatric Disease designation from the FDA. The lead compound is a selective T-type calcium channel blocker for the treatment of a rare pediatric epilepsy.

Neurocrine focuses on neurologic conditions, so none of its pipeline applies to COVID-19. It’s been far less affected than many. “We’re all aware of the toll the pandemic is taking on mental health, and that’s the community we touch,” Gorman said. “We’re fortunate to be able to move forward.”

COVID-19 is causing changes to the pharmaceutical business that Gorman says and will continue to have an impact for the foreseeable future. At Neurocrine, for example, “in research, we redesigned our labs to an extent and put in protocols to safeguard our employees.”

In clinical development, the in-house clinical and regulatory teams kept programs on track and on time, “but now, in the second half of 2020, we’re relying on outside partners – clinical trial sites, contractors and independent review boards.” States are opening gradually, but he questioned whether they will be able to open as efficiently as hoped. “It will be state-by-state, and site-by-site, so we will adapt.”

The most dramatic change Neurocrine experienced was to its commercial operations.  “That changed overnight. We went from interfacing with clinicians face-to-face to working with them electronically.” With offices closed, patients are receiving medications through the postal service.

After the pandemic ends, Gormans predicts, “There will be greater utilization of telemedicine, particularly in psychiatry. We have a good understanding of how to work in that space.”