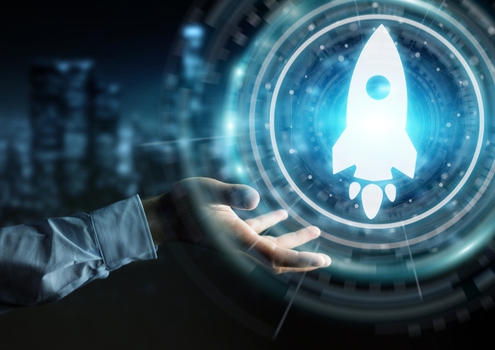 Jeffrey Bluestone, the noted scientific researcher and pioneer in understanding T-cell activation and immune tolerance in cancer patients, has stepped down from his role as chief executive of the Parker Institute for Cancer Immunotherapy to launch Sonoma Biotherapeutics.

Sonoma, based in South San Francisco, is developing regulatory T cell (Treg) therapies for autoimmune and degenerative diseases. The company publicly launched this morning with $40 million in its Series A financing that will support next-generation research, development and manufacturing capabilities in cell therapy and genetic engineering.

In an email to BioSpace earlier this week, Bluefield announced his departure from the Parker Institute, which was started by billionaire philanthropist Sean Parker of Napster and Facebook fame, to follow his “lifelong passion” of studying the basic concepts in autoimmunity to develop novel therapies.

“I was recently given the opportunity to translate my discoveries to the clinic and patients through the formation of Sonoma Biotherapeutics,” he said. In addition to stepping away from the Parker Institute, Bluestone Resigned from his role as the Mary Margaret Clausen Distinguished Professor at the University of California San Francisco.

Over the course of his career, Bluestone said he has been devoted to understanding and developing therapies to alter immunity. This has been evident with the work he has done on CTLA-4, CD3 and most recently, Tregs. A close examination though shows his “deep commitment” to the treatment and elimination of autoimmune diseases. Bluestone is credited with the discovery of the function of CTLA-4, a receptor that is a critical target of the new generation of cancer immunotherapies.

“Equally important is my conviction that cell therapy will be the next pillar of medicine and harnessing the power of cells as drugs is a major focus of my work at UCSF. The Parker Institute was a great opportunity for me to work with the best cancer immunotherapy basic and clinical researchers to engage the immune system to recognize and destroy cancers but it did not in general tap into my core passion. The chance to take my lab research and passion to the clinic became compelling. I felt that this was a unique opportunity at this point in my career to translate my core efforts to developing a drug that might change the lives of patients with autoimmunity,” Bluestone told BioSpace this morning.

Regarding Sonoma, Bluestone said the experienced team that has been assembled to lead the company, along with its technology, places the company in an “ideal position to move adoptive cell therapy beyond cancer, to establish safe, effective and long-lasting treatments for a range of conditions where current drugs and biologics are simply not good enough.” Treg cell therapy, which Bluestone called the immune system’s master regulator of protecting the body against self-destruction, is the “ideal means to shut down unwanted immune reactions and provide meaningful treatment for patients.”

The goal of Treg therapy is to restore a state of self-tolerance by halting harmful inflammatory responses in autoimmune diseases such as rheumatoid arthritis, inflammatory bowel disease and multiple sclerosis, along with degenerative diseases including amyotrophic lateral sclerosis (ALS) and Alzheimer’s. Over 50 million Americans currently live with an autoimmune disease and millions more with some form of degenerative diseases. For many, existing therapies are ineffective at controlling their disease, Sonoma said in its announcement. Tregs have a clear role in many of these conditions. These cells’ natural ability to migrate to inflamed tissues and control harmful immune responses make them ideal for treating a range of conditions, the company added in its announcement.

In addition to Bluestone, Sonoma Therapeutics was also founded by Qizhi Tang, a translational immunologist and Director of the UCSF Transplantation Research Lab; Fred Ramsdell, an immunologist with nearly three decades of biopharma experience, who will serve as Sonoma’s Chief Scientific Officer; and Alexander Rudensky, the Chair of Immunology Program at Memorial Sloan-Kettering Cancer Center, whose research has contributed to the fundamental understanding of the differentiation of Tregs and their role in immune response.