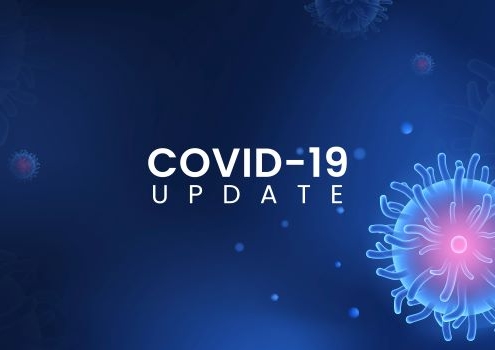 Aside from vaccines, the advent of several effective COVID-19 antiviral therapies, including Pfizer’s Paxlovid, provides hope for ending the pandemic. Details about the U.S. government’s contract with Pfizer for 10 million doses of Paxlovid are emerging, with some unusual elements. Here’s a look at that and more COVID-19 news.

U.S. Deal with Pfizer for Paxlovid Averages $530 for 5-Day Regimen

The U.S. government has a contract with Pfizer for 10 million doses of its COVID-19 antiviral pill, Paxlovid. It prices out to about $530 for each 5-day course of treatment. However, there are some unusual aspects to the contract. The government will get a lower price if a select group of other wealthy countries arranges a better deal. This is known as a favored nation clause. It also includes a buyback clause, which would have Pfizer buying back unexpired doses from the federal government if the Emergency Use Authorization is withdrawn for some reason.

Prof. Robin Feldman, a professor at the University of California Hastings College of the Law, noted, “I think this contract reflects a change in the national mood across time. So with vaccines and some treatments on the shelves, the nation is less panicked. U.S. government officials feel less backed into a corner, more able to negotiate.”

U.S. Has Higher COVID-19 Death Rate Than Other Wealthy Countries

The U.S. has higher death rates from COVID-19 than many similarly wealthy countries. One reason is that, although several of the most widely distributed vaccines originated in the U.S., the U.S. hasn’t vaccinated as much of its population as other large, wealthy countries. In particular, vaccination rates in the elderly in the U.S. lags behind some European countries. It’s even further behind in booster shots. Since December 1, 2021, the percentage of Americans killed by COVID-19 is at least 63% higher than any other large, wealthy nation per a New York Times analysis. This winter, the only large European nations with higher COVID-19 death rates have been Russia, Ukraine, Poland, Greece, and the Czech Republic. 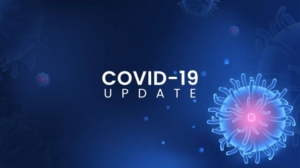 Anne Sosin, a Dartmouth University professor who studies health equity, noted, “We’ve normalized a very high death toll in the U.S. If we want to declare the end of the pandemic right now, what we’re doing is normalizing a very high rate of death.”

Study: Lockdowns Didn’t Do Much Good

An analysis by Johns Hopkins University, Lund University, and Copenhagen’s Center for Political Studies found that the lockdown during the first part of the pandemic in 2020 in the U.S. and Europe only decreased COVID-19 mortality by 0.2%. This was based on the meta-analysis of several studies. It was published in Studies in Applied Economics.

“While this meta-analysis concludes that lockdowns have had little to no public health effects, they have imposed enormous economic and social costs where they have been adopted,” the authors wrote. “In consequence, lockdown policies are ill-founded and should be rejected as a pandemic policy instrument.”

Shelter-in-place orders fared better, reducing mortality by 2.9%. The only measure studied that appeared to significantly reduce COVID-19 mortality was shuttering non-essential businesses, which decreased mortality by 10.6%. They think this was likely the result of closing bars.

The January data shows overall cases of COVID-19 in children are 3.5 times higher with Omicron than during the Delta surge. And along with that surge has been increased cases of Multisystem Inflammatory Syndrome in Children (MIS-C). It appears to affect one out of every 1,000 children who contract COVID-19. About 6,000 cases have been reported across the U.S. and contributed to approximately 55 deaths.

Omicron Subvariant Does Not Seem to Cause More Severe Disease

Although a subvariant of Omicron dubbed BA.2 is outstripping the original Omicron subvariant, BA.1, in countries such as Denmark because it is more infectious, data is suggesting it is not causing more severe disease. It appears to infect vaccinated people but the cases are typically less serious.

“Looking at other countries where BA.2 is now overtaking, we’re not seeing any higher bumps in hospitalization than expected,” said Dr. Boris Pavlin of the World Health Organization’s COVID-19 Response Team.

Dr. Dan Barouch, with Beth Israel Deaconness Medical Center, corresponding author of one of the studies, said, “Our data provide immunological context for the observation that current vaccines still provide robust protection against severe disease and hospitalization due to the Omicron variant despite substantially reduced neutralizing antibody responses and increased breakthrough infection. Given the role of CD8+ T cells in the clearance of viral infections, it is likely that cellular immunity contributes substantially to vaccine protection against severe SARS-CoV-2 disease. This may be particularly relevant for Omicron which dramatically evades neutralizing antibody responses.”

Some Doctors Continue to Prescribe Ivermectin for COVID-19

A study from the University of Michigan and Boston University found that, although research doesn’t support the use of the ivermectin against COVID-19, some physicians are prescribing it and some insurers are paying for it. The anti-parasite drug treats scabies in humans and intestinal parasites in animals. Early studies that suggested it worked against COVID-19 were negligible, based on laboratory assays, or were poorly designed. More extensive, better-designed studies have overwhelmingly shown the drug is ineffective against COVID-19. But the research showed that about 3,600 ivermectin prescriptions were issued each week before the pandemic, but in the week ending August 13, 2021, more than 88,000 were filled.

“A lot of people get annoyed with (insurers) when they don’t cover evidence-based treatments,” said Dr. Kao-Ping Chua, a primary care pediatrician and health policy researcher with the University of Michigan, who led the study. “Here’s an example where insurance is covering something that doesn’t work.”

Cuba decided early on during the pandemic that it didn’t want to rely on foreign governments or international drug companies for vaccines. It didn’t sign up for the WHO-backed COVAX program. Instead, they decided to develop a vaccine themselves. They now have five vaccines in varying stages of development. Three—Soberana 1, 2 and Soberana Plus—were developed at the Finlay Institute in Havana. Two others—Abdala and Mambisa—were developed at the Center for Genetic Engineering and Biotechnology. The Cuban government has authorized Soberana 2, Plus and Abdala for use and export. The other two are still in clinical trials. One of the products in trials is a nasal spray. The WHO or other international regulators have authorized none. But Cuba boasts an 85% immunization rate, one of the highest globally, including in children as young as two years of age.

Cuba has long been known for a strong biotechnology and vaccine industry, despite so many other areas of its economy being ineffective.

“They have the whole infrastructure, you know,” said Perez Riverol, a former Cuban medical researcher who now works at the Sao Paulo Research Foundation at Sao Paulo State University in Brazil. “They’ve been working on vaccines for more than 30 years.”

EmitBio reported that its patented blue light biotechnology platform eliminated 99.99% of the Omicron variant in laboratory tests. It is also effective against Delta. They believe this preclinical work and some clinical research support their system as the only non-systemic, at-home treatment option against COVID-19 against all variants. Their investigational device is called RD-X19.