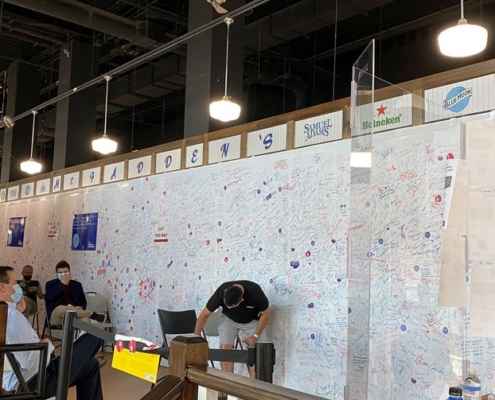 Peanuts and the crack of the bat: Pro sports ramp up COVID vaccination drive

For Debra Wiest, a 53-year-old teacher and lifelong New York Mets fan, the choice to get her COVID-19 vaccine at the club’s Citi Field was simple: She feels safe there.

“I wanted to come home,” said Wiest of the beloved American ritual of attending a Major League Baseball (MLB) game, complete with peanuts and Cracker Jack served in the stands, that was banned due to the pandemic throughout the 2020 regular season.

“This is where we spend our summers – we go to as many games as we can,” she said.

Of course, it didn’t hurt that she could pick up a pair of free tickets, as the Mets launched a promotion Monday offering game vouchers for fans getting inoculated inside the vacant sports bar attached to their stadium.

The Mets are hardly alone: Amid slowing demand for the vaccine in the United States, the professional sports world has joined local and state governments, as well as private businesses, in offering incentives for anyone willing to get the COVID-19 shot. read more

Their cross-town MLB nemesis, the Yankees, are offering a similar promotion, while fans who get a dose at the Brooklyn Nets’ vaccination site will have a shot at winning National Basketball Association (NBA) playoff tickets.

It’s a trend that carries risk as well as reward for pro teams desperate to get fans back into seats after a financially devastating year, with sentiment toward the vaccine divided largely along political party lines. 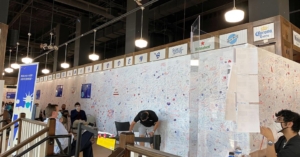 A Reuters/Ipsos poll last month showed 38% of Republicans in the United States “do not want the coronavirus vaccine,” compared with 14% of Democrats and 30% of independent voters. read more

“What was such a health issue has become so politicized,” said Ketra Armstrong, a professor of sport management and director of the Center for Race & Ethnicity in Sport at the University of Michigan.

“For so long sports teams have gotten a lot of criticism for just looking at the bottom line, not really caring about the health and wellness and overall wellbeing of their consumers… It’s really tricky because the other side of the coin is, ‘Well why did I have to reveal to you my vaccination status?'”

President Joe Biden has set a goal of getting 70% of adult Americans a dose by the July 4 holiday. The United States had administered more than 285 million doses as of Sunday morning, according to the Centers for Disease Control and Prevention. read more

“We just wanted to get vaccinated at Citi Field because it would be a memory,” said Arnold Barkus, 61, a film and TV producer from Brooklyn who took his 15-year-old son Alistair to get his first dose on Monday.

“He could look back in 50 years and say ‘I got that vaccine at Citi Field’ rather than just at the local pharmacy.”

MLB is no stranger to the vaccine effort. Eleven ballparks served as mass COVID-19 vaccination sites during the offseason, administering more than 1 million doses.

But with an estimated $6 billion decline in revenue between 2019 and 2020, the urgency to fill more stadium seats is understandable – and could hinge on local and state lawmakers deeming this to be safe from risk of infection, with most teams operating their ballparks at limited capacity.

In New York, where the Mets are currently able to welcome a little more than 12,000 fans in their 41,922-capacity stadium, Governor Andrew Cuomo announced earlier this month that vaccinated attendees at large-scale outdoor events “may be seated at full capacity”, provided there are sections dedicated to inoculated individuals.

“These initiatives are a delicate combination of business development, public and community relations, and government relations,” said David Carter, principal at the Sports Business Group and an associate professor of sports business at the University of Southern California.

“More than anything else, fans want the focus to be on their team.”

That will be easy enough for Wiest, who is returning to the ballpark in the Flushing neighbourhood of Queens, a New York City borough, with her 14-year-old son in tow.

“He is getting vaccinated tomorrow. We’ll be coming back.”