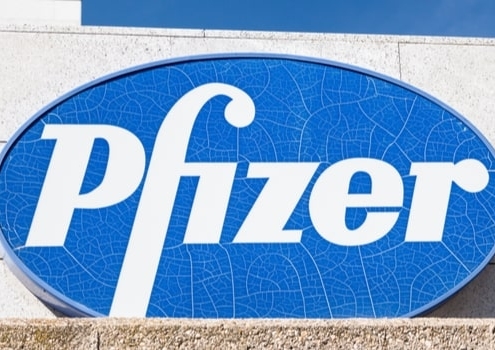 Shares of CStone Pharmaceuticals were up more than 5% this morning after Pfizer invested $200 million into the company for a nearly 10% stake to support the development of a checkpoint inhibitor aimed at the oncology market in China.

CStone is developing sugemalimab (CS1001), a PD-L1 antibody. CStone has been testing the asset in multiple clinical studies and it has demonstrated promising anti-tumor activities across a variety of tumor types. Sugemalimab is under development for high-incidence cancer indications in China, including lung, gastric and esophageal cancers.

Under terms of the deal, Pfizer will in-license and exclusively lead the potential commercialization of sugemalimab in China. If the checkpoint inhibitor passes clinical and regulatory muster, the financial might of the pharma giant will be able to distribute the treatment across a wider range of regions within the country, allowing more patients to gain access to the treatment. The deal also positions Pfizer and CStone to collaborate on other oncology assets for the Chinese market.

Frank Jiang, chairman and chief executive officer of CStone, said the $200 million investment by Pfizer demonstrates the company’s confidence in the potential of sugemalimab, as well as a recognition of the hard work conducted by CStone’s research team.

“By joining forces with Pfizer and leveraging its commercialization infrastructure, we will ensure that patients across a vastly expanded number of markets in China have quicker access to our highly differentiated PD-L1 treatment,” Jiang said in a statement. “In addition, we have advanced our transformation into a full-fledged biopharmaceutical company by forging a collaboration that will enable us to accelerate development and commercialization of globally innovative therapies for Chinese patients.” 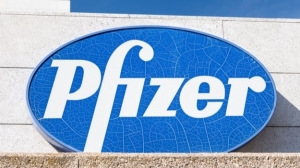 Pierre Gaudreault, acting president of Pfizer Biopharmaceuticals Group China, said the collaboration builds on Pfizer’s history of developing innovative treatments to patients. The companies will develop a potential best-in-class PD-L1 treatment that can meet a clear need for novel oncology treatments in China.

The deal with CStone brings a second checkpoint inhibitor under Pfizer’s umbrella. Pfizer and Merck KGaA, Darmstadt, Germany collaborated on the development of Bavencio (avelumab). Last year, Bavencio combined with Inlyta (axitinib) won approval from the U.S. Food and Drug Administration for the first-line treatment of advanced RCC patients, the first checkpoint inhibitor approved for that indication.

In addition to the $200 million investment, CStone is entitled to receive up to $280 million in milestone payments for sugemalimab and additional tiered royalties. CStone retains all development and commercialization rights to sugemalimab outside mainland China, according to terms of the deal.

CStone is no stranger to working with pharma giants. Last year, the company partnered with Bayer and paired sugemalimab with regorafenib, a multi-kinase inhibitor for the treatment of multiple cancers, including gastric cancer. In January, the first patient in a global proof-of-concept study was dosed with the combination. Additionally, CStone received approval to initiate clinical development in China of CS1001 in combination with Blueprint Medicine’s BLU-554 (CS3008) in patients with locally advanced or metastatic hepatocellular carcinoma.