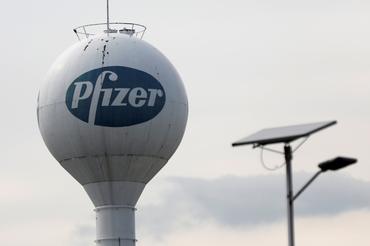 ZURICH/GENEVA (Reuters) – Pfizer aims to make 10-20 million doses of a coronavirus vaccine it is developing with Germany’s BioNtech by the end of 2020 for emergency use depending on trial results, the U.S. drugmaker’s vaccines head said on Thursday.

The companies, which are developing four vaccine candidates, have already dosed the first humans in Germany and hope to begin a U.S. trial soon, pending approval by regulators.

Pfizer, BioNtech and numerous other companies and scientists are in a global race to develop a vaccine for the virus, since there are currently no approved treatments and therapies under study have shown mixed results. Also on Thursday, Britain’s AstraZeneca joined forces with the University of Oxford on a vaccine project that is also already being tested in volunteers.

Making millions of doses available within just months, as Pfizer hopes, would mark almost unprecedented speed for a new vaccine and require swift regulatory action even for emergency use.

“Of course we need to see and wait to see how the vaccine’s efficacy and safety is demonstrated, hopefully in the coming months,” Nanette Cocero, global head of Pfizer Vaccines, said on a conference call organized by drug industry group IFPMA.

“But assuming that is demonstrated, we are looking to ramp up manufacturing rather quickly to have around 10 to 20 mln doses by the end of this year, which are expected to then of course be used in an emergency type of setting.” 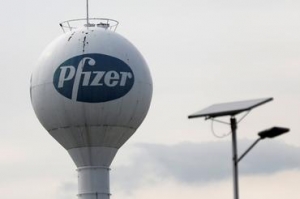 Other drugmakers testing possible COVID-19 vaccines include Moderna, Johnson & Johnson and Novavax, as well as smaller projects like at Bern’s Inselspital hospital in Switzerland.

Countries are risking billions on projects that may never prove successful, out of desperation to find a preventative treatment for the virus that has killed more than 200,000 people and lamed the global economy.

Coronavirus was ‘not manmade or genetically modified’: U.S. spy...
Scroll to top