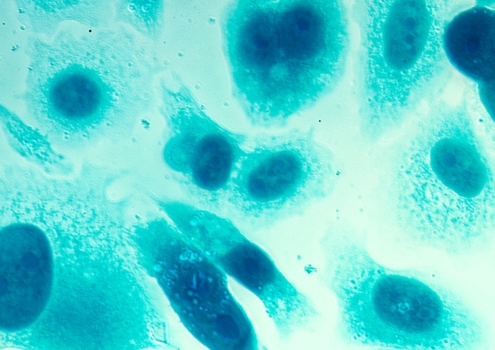 Two months after Pfizer and Astellas’ Xtandi won regulatory approval for a new indication in prostate cancer, the companies have released positive new data in another type of prostate cancer.

This morning, Japan’s Astellas and Pfizer announced positive topline overall survival (OS) results from a Phase III trial evaluating Xtandi (enzalutamide) as a treatment in men with non-metastatic castration-resistant prostate cancer (nmCRPC). The results demonstrated a statistically significant improvement in OS in patients with nmCRPC treated with the therapy, the companies announced.

Prostate cancer is the second most common cancer in men worldwide, with about 164,000 expected diagnoses in the United States this year. Castration-resistant prostate cancer (CRPC) refers to the subset of men whose prostate cancer progresses on androgen deprivation therapy despite castrate levels (less than 50 ng) of testosterone. Non-metastatic CRPC means there is no clinically detectable evidence of the cancer spreading to other parts of the body, and there is a rising prostate-specific antigen (PSA) level. Many men with non-metastatic CRPC and a rapidly rising PSA level go on to develop metastatic CRPC.

In the Phase III PROSPER trial, Pfizer and Astellas evaluated Xtandi in combination with androgen deprivation therapy (ADT) in men with nmCRPC against placebo and ADT. The companies said the results demonstrated a statistically significant improvement in OS, which was a key secondary endpoint of the trial. Full OS results from the PROSPER trial will be released at a later date, the companies said.

In 2017, Astellas and Pfizer announced initial top-line results from the Phase III trial that showed the combination of Xtandi and ADT met its primary endpoint of improved metastasis-free survival (MFS). MFS was measured as the time from patients entering the trial until their cancer was radiographically detected as having metastasized, or until death, within 112 days of treatment discontinuation. The Phase III trial showed that a combination of Xtandi plus ADT significantly reduced the risk of developing metastases or death by 71 percent. Additionally, the Phase III trial data showed the combination treatment had a 93 percent reduction in relative risk of prostate-specific antigen (PSA) progression, a biomarker tied to the worsening of a disease, compared to patients who received ADT alone. Those results eventually lead to the regulatory approval of Xtandi as a treatment for non-metastatic castration-resistant prostate cancer.

In December, Xtandi won approval from the U.S. Food and Drug Administration as a treatment for patients with metastatic castration-sensitive prostate cancer (mCSPC). It is estimated that more than 40,000 men in the United States are living with mCSPC, a form of prostate cancer that has spread to other parts of the body and still responds to a medical or surgical treatment that lowers testosterone.

In addition to the latest OS news for Xtandi, Astellas and Pfizer said they will share findings from two studies evaluating the same treatment for advanced prostate cancer at the 2020 Genitourinary Cancers Symposium later this week. The two evaluate the treatment in chemotherapy-naïve men with metastatic castration-resistant prostate cancer (mCRPC) in a real-world setting.