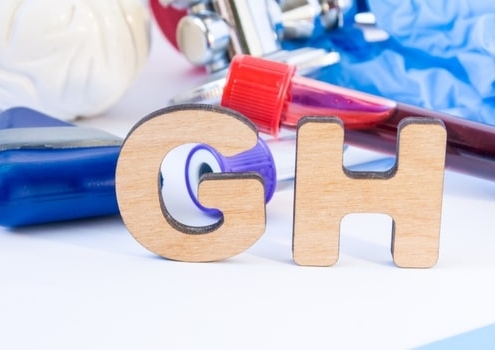 Somatrogon is a new molecular entity. It contains the natural sequence of growth hormone and a copy of the C-terminal peptide (CTP) from the beta chain of human chorionic hCG at the N-terminus and two copies at the C-terminus. This extends the half-life of the molecule. The drug received Orphan Drug designation in the U.S. and EU for the treatment of children and adults with growth hormone deficiency.

Growth hormone deficiency is a rare disease marked by inadequate secretion of growth hormone from the pituitary gland. It affects about one in 4,000 to 10,000 people. In children, it can be caused by genetic mutations or acquired after birth. As a result, the child’s height may be affected and puberty delayed. Without treatment individuals have persistent “growth attenuation,” resulting in short height and other potential health problems.

“We’re encouraged by findings to date that demonstrate once-weekly somatrogon, if approved, has the potential to reduce lifestyle interference, support patient preference, and improve adherence as compared to a daily treatment,” said Brenda Cooperstone, chief development officer, Rare Disease, Pfizer Global Product Development. “Patients and their loved ones have endured the burden of daily growth hormone injections for nearly 40 years, and we are working to improve this current standard of care with a long-acting weekly option for the growth hormone disorders community.”

Pfizer and OPKO inked a worldwide deal to develop and commercialize somatrogon for GHD in 2014. Under the agreement, OPKO is handling the clinical program and Pfizer is responsible for registration and commercialization. They are continuing to evaluate the drug for more pediatric and adult indications.

The comparator drug, Genotropin, is also a Pfizer product. It is approved in the U.S. for children who do not produce enough growth hormone on their own, have Prader-Willi syndrome (PWS), which is a genetic disease, were born smaller than other babies, have another genetic condition called Turner syndrome (TS) or have idiopathic short stature (ISS). It has also been approved for adults with growth hormone deficiency. It is an injected treatment.

It has been on the market for decades. Children receiving Genotropin once daily generally grow around 10 cm a year. But daily injections do result in compliance issues, which has resulted in attempts for alternate therapies, such as Ascendis’ TransCon hGH and Pfizer’s new somatrogon.

Ascendis’ product is also once-weekly, beat out Genotropin in trials. That’s an advantage over somatrogon, which was “non-inferior” to Genotropin. Children dosed with TransCon hGH for a year grew 11.2 cm on average compared to the 10.3 cm in the Genotropin cohort and compared to 10.1 cm in the Pfizer-Opko trial of somatrogon (compared to 9.8 cm in the control group).

Ascendis has a PDUFA date of June 25 for TransCon hGH, while Pfizer and OPKO plans to file for somatrogon with the FDA “in the coming weeks” according to OPKO executive vice president Steve Rudin.