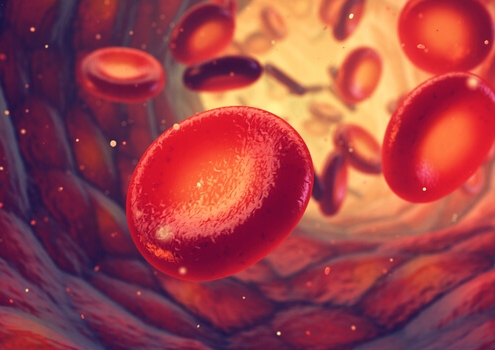 Ahead of a planned Phase III study, Pfizer and Sangamo Therapeutics released follow-up data from its Phase I/II Alta study in hemophilia A that showed an investigational gene therapy treatment provided blood-clotting activity levels for more than one year.

This morning, the two companies updated results from a December 2019 announcement that showed a high dose treatment of the gene therapy giroctocogene fitelparvovec generated sustained factor VIII activity levels in five patients. Hemophilia A is a genetic bleeding disorder where missing or faulty blood clotting factor VIII prevents blood from clotting normally. The clotting failure can cause frequent and spontaneous bleeding that can lead to long-term joint damage and disability. For hemophilia A patients who do not have factor VIII inhibitors, typical treatment required multiple infusions of factor VIII replacements each week.

In the Alta study, the updated data showed the patients who received the 3e13 vg/kg dose produced the all-important protein on their own. No patients in the study experienced bleeding events or required FVIII infusions, Pfizer and Sangamo announced this morning. The factor VIII activity levels reflect measurements up to 61 weeks, which is based on follow-up data from the longest-treated patient in the cohort. The updated data was presented as a late-breaking oral abstract at the World Federation of Hemophilia 2020 World Congress.

Seng Cheng, chief scientific officer of Pfizer’s Rare Disease Research Unit, touted the results and said the research team is encouraged by the potential of the gene therapy to provide a long-term solution to hemophilia A patients. Giroctocogene fitelparvovec uses a recombinant adeno-associated virus serotype 6 vector (AAV6) encoding the complementary deoxyribonucleic acid for B domain deleted human FVIII. Pfizer and Sangamo plan to begin dosing patients with the gene therapy in the Phase III trial later this year, Cheng added.

Adding to the potential of giroctocogene fitelparvovec in this indication, Bettina M. Cockroft, chief medical officer of Sangamo, said the treatment offers a new approach to treating the disease and has the potential to provide a “one-time treatment that would enable patients to produce the missing factor on their own.”

“These follow-up data indicate that treatment with giroctocogene fitelparvovec resulted in sustained factor levels up to 14 months following treatment and suggests the potential of this investigational gene therapy to alleviate the treatment burden of current hemophilia disease management,” Cockroft said in a statement.

The therapy was generally well-tolerated, although one patient who received the high dose had a treatment-related serious adverse event that was resolved within a day. Four of the five received corticosteroids for elevated liver enzymes and three patients had subsequent ALT elevations that responded to corticosteroids.

Data for the Phase I/II study was initially presented at the American Society of Hematology annual meeting in December. Data presented at that time showed that giroctocogene fitelparvovec was generally well tolerated and resulted in sustained FVIII levels up to 44 weeks, the extent of follow-up for the longest-treated patient in the 3e13 vg/kg dose cohort at that time. Pfizer and Sangamo plan to present further follow-up data from the Alta study when all five patients in the 3e13 vg/kg dose cohort have been followed for at least one year.

Pfizer released its data a day after BioMarin showcased Phase I/II data from its gene therapy study in hemophilia A. The U.S. Food and Drug Administration is reviewing the biologics license application for BioMarin’s gene therapy under Priority Review, with potential action in August.