However, the drugmaker reported a better-than-expected first-quarter profit, helped by demand for its vaccines and cancer drugs.

Pfizer’s shares were roughly unchanged at $34.62 in premarket trade on Tuesday morning.

The dollar .DXY had gained nearly 9 percent against a basket of major currencies from January to March, after rising 13 percent in 2014.

The stock had risen about 12 percent in the three months to March 31, while the broader Dow Jones industrial Average Index .DJI had fallen 1.45 percent.

(Reporting by Ankur Banerjee in Bengaluru; Editing by Saumyadeb Chakrabarty and Savio D’Souza) 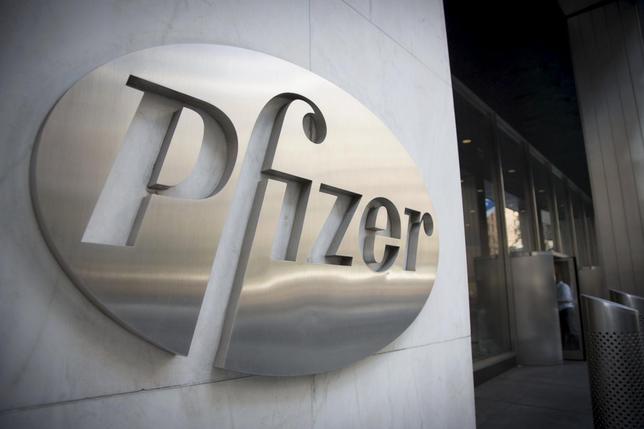 The Pfizer logo is seen at their world headquarters in New York in this April 28, 2014 file photo.