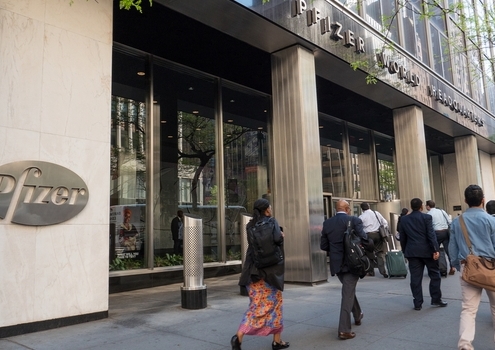 Pfizer, which is headquartered in New York City, announced plans to create a professional services office in Tampa, Florida, specifically in Tampa’s Heights Union development. The company plans to consolidate finance, human resources, digital services and sourcing into a centralized hub. It will be located in more than 100,000 square feet of office space and they believe they will be generating hundreds of new jobs.

“After conducting a comprehensive evaluation, we are excited by the opportunity Tampa offers and we look forward to becoming an integral member of the growing Tampa community,” said Bill Carapezzi, executive vice president of global business services and transformation at Pfizer. “Tampa is an ideal location for our latest multi-functional hub.”

It’s not the only big pharma company to find the Tampa Bay area desirable since 2013. Johnson & Johnson, Bristol Myers Squibb and Amgen have moved professional services divisions to the area. Together, they have pledged to generate more than 1,500 jobs and invest more than $80 million into their operations in Florida.

“Despite the challenges of the past year, Tampa is still one of the most exciting cities in the country and our momentum for attracting new talent and recruiting top corporations hasn’t slowed down,” said Tampa Mayor Jane Castor. “If anything, it has accelerated.”

In addition, Pfizer has long had a presence in the Kalamazoo, Michigan area. About the same time they announced the Tampa project, they announced a major construction project in Portage, Michigan, close to Kalamazoo in Southwest Michigan. The project was originally approved in 2018, and the city offered Pfizer a 50% tax break over 15 years. Although Pfizer hasn’t been specific about financial details since the project stalled and is now restarting, the project was originally described as creating about 450 new jobs with an investment of $800 million.

“It will be our largest project for 2021,” said Portage Mayor Patricia Randall. “Anytime you get new jobs at a company, but high paying jobs. The ripple effect in Southwest Michigan, there will be new jobs created because of this.” 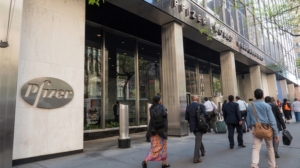 The new construction will be a modular aseptic processing facility. They will build a new two-story facility on Portage Road that is 400,000 square feet.

When the project was first announced in 2018, Kirsten Lund-Jurgensen, executive vice president, Pfizer, and president, Pfizer Global Supply, stated, “This is a very big investment and in my over 30 years working on this field this is the biggest investment that I have ever supported.”

Portage City Manager Joseph La Margo, of the latest expansion, said, “That’s a real nice-sized project. Anytime there is any kind of expansion for our city, for a company that exists in Portage, it is great, because it means they like it here, it means they are doing well here.”

Pfizer has long been a dominant force in the biopharmaceutical industry. They have been more front-and-center over the last year because, working with German company BioNTech, they were the first companies to bring a COVID-19 vaccine to market. However, they have an extensive portfolio that includes Lipitor for cholesterol, Viagra for erectile dysfunction and Zoloft for depression, among many others.

U.S. puts J&J in charge of plant that botched COVID vaccine, removes A...
Scroll to top