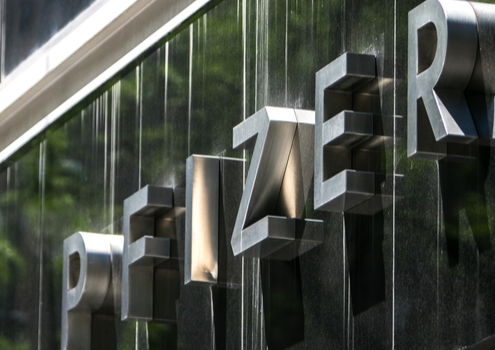 Pfizer had a good day Wednesday with the announcement of positive results from two Phase III trials, one in moderate to severe atopic dermatitis and one in pneumococcal disease.

In pneumococcal disease, Pfizer announced top-line results from a late-stage study that evaluated the safety and immunogenicity of its 20-valent pneumococcal conjugate vaccine candidate in adults who had not previously been vaccinated against pneumococcal disease. The company said the study of 20vPnC hit the mark with primary immunogenicity objectives of non-inferiority for the 20 serotypes included in adults 60 years of age at one month following vaccination.

Pfizer’s 20vPnC vaccine candidate includes 13 serotypes already included in the company’s approved vaccine, Prevnar 13. The seven new serotypes included in the new vaccine are global causes of invasive pneumococcal disease and are associated with high case-fatality rates, antibiotic resistance, and/or meningitis, the company said. Together, the 20 serotypes included in 20vPnC are responsible for the majority of currently circulating pneumococcal disease in the U.S. and globally, Pfizer said.

Pfizer added that the study also met its goal for all serotypes in common with licensed Prevnar 13 (pneumococcal 13-valent Conjugate Vaccine [Diphtheria CRM197 Protein]) and six of the seven additional serotypes when compared to a licensed pneumococcal polysaccharide vaccine. The company did note that one of the new seven serotypes missed non-inferiority criteria by a small margin.

In addition to the primary immunogenicity objectives for the older patient population, secondary objectives for adults 18-59 were non-inferior for all 20 serotypes when compared to results for the group aged 60-64, Pfizer said.

Safety objectives were also met in the study, which Pfizer said demonstrated that the vaccine was comparable to licensed pneumococcal vaccines. Based on prior discussions with regulators, Pfizer said these data are expected to meet licensure criteria. The company plans to present the data from this trial at a future conference.

Kathrin Jansen, senior vice president and head of vaccine research and development at Pfizer, said they are encouraged by the results from the study and remain on track to file for approval of 20vPnC with the U.S. Food and Drug Administration by the end of 2020. Jansen said 20vPnC builds on a “well-established and trusted foundation of pneumococcal conjugate experience and science” that Pfizer has established over the course of two decades.

“The results from this pivotal study provide evidence that the 20vPnC vaccine is expected to have a comparable safety profile and likely be as effective as Prevnar 13 in helping prevent invasive pneumococcal disease and pneumonia due to the 13 serotypes in Prevnar 13, and also effective against disease due to the seven additional pneumococcal serotypes in adults 18 years of age or older,” Jansen said in a statement. 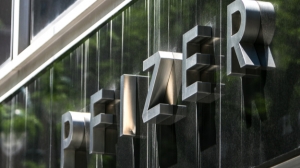 In atopic dermatitis, Pfizer said its Phase III JADE COMPARE study evaluating abrocitinib, an investigational oral once-daily Janus kinase 1 (JAK1) inhibitor, in adults who were on background topical therapy met its co-primary efficacy endpoints. Trial results showed that the percentage of patients achieving each co-primary efficacy endpoint at Week 12 was statistically superior with both doses of abrocitinib than with placebo, the company noted. The study also included an active control arm, dupilumab, a biologic treatment administered by subcutaneous injection, compared with placebo.

With data from the JADE COMPARE trial, as well as results from the pivotal MONO-1 and MONO-2 trials, Pfizer plans to seek regulatory approval of abrocitinib in this setting later this year.

Michael Corbo, chief development officer of Inflammation & Immunology at Pfizer Global Product Development, said the addition of an active control like dupilumab was important in order to gain a better understanding of the significance of abrocitinib. He added that the company is encouraged by the positive data from this trial.

While Pfizer saw positive results from these trials, the company also announced Wednesday that it was postponing its Investor Day set for March 31 due to concerns of the coronavirus. The company intends to reschedule the event but has not yet set a date. Pfizer will work within the context of appropriate guidance from health authorities to determine a future date.