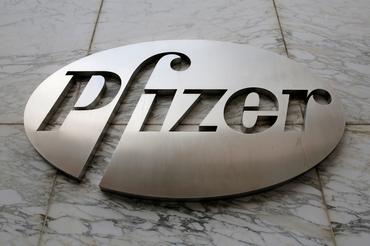 NEW YORK (Reuters) – Pfizer Inc said on Friday that a third patient had to be hospitalized after being treated with its experimental gene therapy for a rare degenerative muscular condition, but said the safety profile still supports launching a larger late-stage trial of the treatment.

The drugmaker also said the gene therapy provided statistically significant improvements in the nine boys treated for Duchenne muscular dystrophy (DMD) in its phase 1b clinical trial and called the treatment a potential breakthrough for the disease. The company said, overall, the boys showed an improvement in their ambulatory abilities as well as potential improvements in muscle fiber health.

DMD is a rare degenerative neuromuscular disorder, which affects about one in 3,500-5,000 male births worldwide, causes severe progressive muscle loss and premature death.

Pfizer’s treatment is one of a number of gene therapies being developed for the disease, including a treatment developed by biotechnology company Sarepta Therapeutics Inc. Some analysts have suggested that the Sarepta gene therapy looks to have better safety profile in early trials than Pfizer’s. 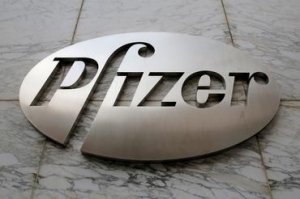 Pfizer says all three patients who had serious adverse events in the trial had recovered within two weeks.

The company disclosed the first two hospitalizations in the trial last year. All three were among six patients given a higher dose of the treatment, a dosage level that Pfizer plans to continue in the next phase of the trial.

Michael Binks, vice president of rare disease clinical research at Pfizer, said three more patients that were not included in the phase 1b trial have since been dosed and none of them have required hospitalization. He said the company is learning how to better mange the response to the treatment.

“We have ability to monitor very closely through this period of five to 10 days after the administration to make sure that any changes are picked up very early,” Binks said. “And we think that’s a manageable program to take forward into pivotal trials and even for commercialization,” he said, noting that the gene therapy is a once-in-a-lifetime treatment for a life threatening disease.