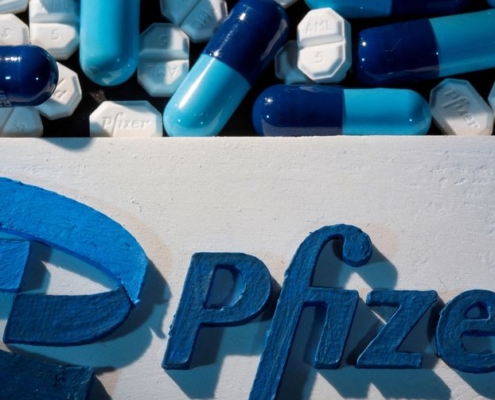 (Reuters) – Pfizer Inc (PFE.N) and Bayer (BAYGn.DE) said on Monday they would maintain humanitarian supply of medicines to Russia, but would pull back from other non-essential spending in the country.

Global companies have decided to step back from Russia as pressure mounts from consumers in the West to take a stand against its invasion of Ukraine.

“Ending delivery of medicines, including cancer or cardiovascular therapies, would cause significant patient suffering and potential loss of life, particularly among children and elderly people,” Pfizer said.

The drugmaker, however, will not start new clinical trials or recruit patients for ongoing studies in the country. It would also cease all planned investments towards manufacturing in Russia.

The invasion has left drugmakers scrambling to get enrollments in clinical trials in Ukraine as millions seek shelter from bombardment and flee to neighboring countries. read more

Germany’s Bayer (BAYGn.DE) said on Monday it stopped all spending in Russia and its ally Belarus, which is not related to essential products in health and agriculture, in response to Moscow’s actions which Russia describes as a “special operation”.

Russia accounts for about 2% of the German group’s sales.

Bayer said on Monday it had already provided essential agricultural inputs to farmers in Russia for the 2022 growing season “to alleviate additional pressure on the global food system”.

It would, however, decide over supplies for 2023 depending on Russia stopping its attacks on Ukraine.

Meanwhile, Pfizer said it would work with the U.S. Food and Drug Administration and other regulators to transition all clinical trials to alternative sites outside Russia. 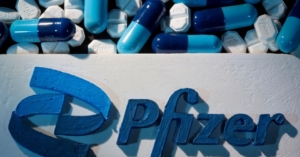 A 3D printed Pfizer logo is placed near medicines from the same manufacturer in this illustration taken September 29, 2021. REUTERS/Dado Ruvic/Illustration/File Photo

It will continue providing drugs to patients already enrolled in studies.

Western drugmakers and medical-device companies have warned their plans to keep selling their products to Russia might become complicated due to the sanctions imposed on the country, even though they do not apply to such products.

Reporting by Manas Mishra and Manojna Maddipatla in Bengaluru, and Ludwig Burger in Frankfurt; Editing by Sriraj Kalluvila, Anil D’Silva and Shinjini Ganguli