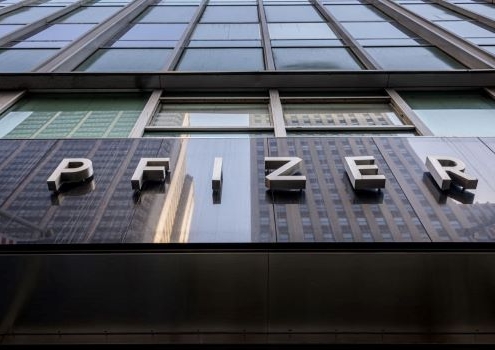 Global pharmaceutical giant Pfizer Inc. has announced that its current trial on a potential treatment for alopecia areata achieved its primary efficacy endpoint.

In a statement, Pfizer said that the Phase IIb/III ALLEGRO trial on the oral once-daily ritlecitinib drug was found to be effective against the autoimmune disease, which is characterized by an immune attack on hair follicles. The research met the primary efficacy endpoint of improving scalp hair regrowth over a six-month observation period.

“We are pleased by these positive results for ritlecitinib in patients with alopecia areata, a devastating and complex autoimmune disease for which there are currently no U.S. Food and Drug Administration (FDA) or European Medicines Agency approved treatments,” Michael Corbo, Ph.D., Chief Development Officer, Inflammation & Immunology, Pfizer Global Product Development said.

“We look forward to bringing this potential new treatment option to patients living with alopecia areata as soon as possible.”

Alopecia areata not only causes hair loss but can also affect the face and the body. People suffering from the disease have been observed to have a poor health-related quality of life, with some patients suffering from severe psychological consequences, including anxiety and depression. The mean age of onset for alopecia areata is 25 to 35 years, but it can also affect older adults, adolescents, and children. It has also been seen in both sexes and all ethnicities.

The Pfizer trial evaluated participants ages 12 years and older who already had at least 50 percent scalp hair loss due to the disease, based on the Severity of Alopecia Tool score (SALT). The patients were given 30 mg and 50 mg doses of ritlecitinib once a day, starting at four months and then later extending by 24 weeks to confirm initial findings. 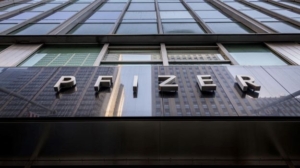 The researchers found that those who took ritlecitinib had 20 percent or less scalp hair loss than those who took a placebo. After 24 weeks, the participants were initially randomized to receive the same regimen, while those on placebo advanced to either a 200 mg dose for four weeks, followed by 50 mg for two weeks, or 50 mg for 24 weeks. The safety profile seen in the drug was consistent with all previous studies.

The trial also found that although some minor adverse events were observed, such as headache, nasopharyngitis, and upper respiratory tract infection, there were no deaths, cardiac events, or illnesses throughout the study.

Ritlecitinib is the first in a new investigational class of covalent kinase inhibitors with high selectivity for Janus kinase (JAK3) and members of the tyrosine kinase expressed in hepatocellular carcinoma (TEC) kinase family. Lab tests show that ritlecitinib can block the activity of signaling molecules and immune cells that are believed to contribute to hair loss in people who have alopecia areata.

The U.S. Food and Drug Administration (FDA) gave the drug Breakthrough Therapy designation in September 2018 for alopecia areata. It is also currently being evaluated for effectiveness against ulcerative colitis, Chron’s disease, vitiligo and rheumatoid arthritis.