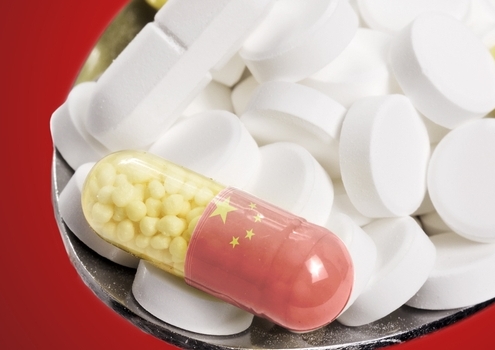 As the price of pharmaceutical medications have become a talking point in the upcoming presidential election in the United States, some drug companies are slashing the price of off-patent drugs in order to gain a foothold in China, the world’s second-largest drug market behind the U.S.

Companies are cutting the price of some medications by an average of 53% in order to qualify for the bulk-buy program in China, Reuters reported. According to the article, the Chinese government has been pushing the bulk-buy program that forces pharma companies to go through a bidding process for use in hospitals and other medical facilities that buy medications in bulk. Part of that process means prices have to be cut low enough to be considered over generics.

In its report, Reuters noted that the latest bids to be part of the Chinese program included 33 different drugs and 122 different countries. Chinese generic makers won bids for most of the 33 drugs, including generic versions of drugs that include Johnson & Johnson’s prostate cancer treatment Zytiga and Eli Lilly’s erectile dysfunction treatment Cialis. Reuters reported that Bayer cut the price of its diabetes treatment Acarbose to a price of about 2 cents per pill (0.18 yuan). That price is 78.5% lower than the price ceiling that was set by the government in December, Reuters noted. That slashing of the price undercut some Chinese generic drugmakers, the report showed.

According to The Bangkok Post, other drugs that were selected for the process included medications for dementia, high blood pressure and viral infections. These medications saw price drops of more than 60% in the bidding, the Post reported, citing Zhang Jialin, a healthcare analyst at ICBC International.

The Post noted that China is actively overhauling its own national healthcare system and that includes driving down the price of off-patent drugs used by its hospitals. Pushing down those prices is expected to ensure the availability of state funds that could be used to acquire novel, cutting-edge therapies. The Chinese government’s program is not only putting pressure on global pharma companies to lower their off-patent drug costs, but is also driving Chinese companies to do so as well in order to compete with the global companies. In 2018, when the bidding process was in its infancy, the Post reported that prices the hospitals paid were reduced by half as generic drugmakers undercut their global peers. That prompted the government in Beijing to expand the program. As the program expanded, the Chinese government added a price ceiling for each drug, which was as much as 95% below current prices in China, the Post said, citing estimates by ICBC International.

The bidding process is changing the way that drugs are sold in China. ICBC’s Zhang said global companies used to be free to push off-patent drugs in China at much higher prices in order to offset losses in other markets. However, the new government bidding process means the global companies “have to keep bringing in new therapies to China to offset the price cuts on older drugs,” Zhang said.