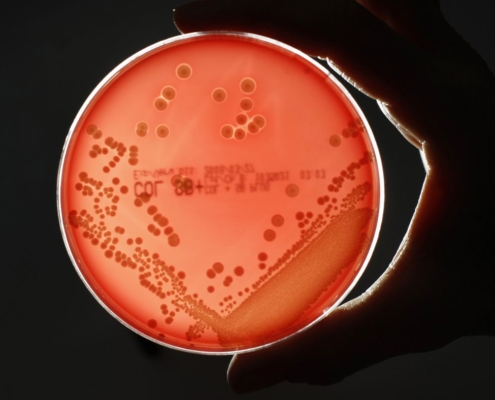 (Reuters) – A $1 billion fund backed by over 20 drugmakers made its first set of investments on Monday in two biotechnology startups, nearly two years after it was launched to help struggling antibiotic makers tackle the threat of antibiotic-resistant bacteria. 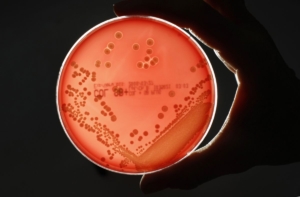 MRSA (Methicillin-resistant Staphylococcus aureus) bacteria strain is seen in a petri dish containing agar jelly for bacterial culture in a microbiological laboratory in Berlin March 1, 2008. MRSA is a drug-resistant “superbug”, which can cause deadly infections. REUTERS/Fabrizio Bensch

The AMR Action fund invested $20 million in Adaptive Phage Therapeutics as part of an ongoing series B round and spent an undisclosed amount in a series C round for Venatorx Pharmaceuticals. The fund plans to invest over $100 million by the end of the year.

Public health authorities such as the World Health Organization and industry experts have raised an alarm over the “thin” pipeline of new treatments to tackle antibiotic-resistant bacteria, which they say is not enough to combat the so-called superbugs.

“The space (antibiotic) tends to go in these cycles of heavy resistance, and need for new products. Then the new products become generic, and then they’re cheap, and the revenue falls down,” said Chris Burns, Chief Executive Officer of Venatorx.

Adaptive Phage is not working on antibiotics but instead uses bacteriophages, which are naturally-occurring viruses that infect and kill bacteria

Venatorx is developing antibiotics to treat certain types of pneumonia and urinary tract infections. The company said the funding should help in efforts to seek approval of its treatment cefepime-taniborbactam later this year, and advance the development of its other experimental drugs.

Investors in the fund include Eli Lilly and Co (LLY.N), Amgen Inc (AMGN.O) and Bayer (BAYGn.DE).