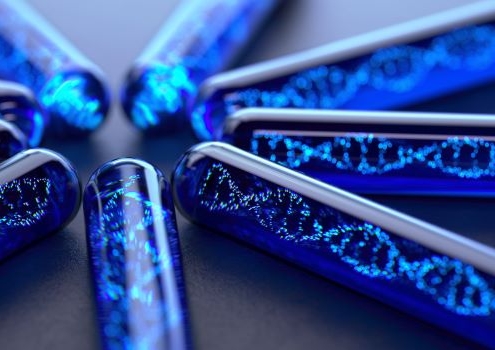 Amicus Therapeutics announced topline results from its Phase III PROPEL pivotal trial of AT-GAA (cipaglucosidase alfa and miglustat) for late-onset Pompe disease (LOPD). Although the results showed some positive data, it failed to hit the primary endpoint in a head-to-comparison with standard of care for Pompe disease. Company shares plunged 28% at the news.

Pompe disease is a rare inherited lysosomal disorder caused by a deficiency of the enzyme acid alpha-glucosidase (GAA). If GAA is decreased or missing entirely, it leads to an accumulation of glycogen in cells. Pompe disease can be debilitating and is marked by severe muscle weakness that grows worse over time. It can range from a fast fatal infantile type with significant effects on heart function to a slower, progressive, late-onset type that mostly affects skeletal muscle. The disease affects about 5,000 to 10,000 people worldwide. 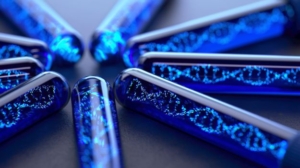 AT-GAA is a two-component therapy made up of cipaglucosidase alfa, a unique recombinant human acid alpha-glucosidase (rhGAA) enzyme with optimized carbohydrate structures. This improves uptake into cells. It is administered at the same time with miglustat, a cipaglucosidase alfa stabilizer.

The drug combination has previously been granted Breakthrough Therapy Designation from the U.S. Food and Drug Administration (FDA) and the Promising Innovative Medicine designation from the Medicines and Healthcare products Regulatory Agency (MHRA) in the UK. In the U.S., it initiated a rolling Biologics License Application (BLA) in the fourth quarter of last year and plans to complete it in the second quarter of 2021, with additional submissions in Europe and other parts of the world throughout the year.

“The data for patients treated with AT-GAA in this PROPEL study show clinically meaningful and positive changes in the key manifestations of this disease,” said Benedikt Schoser, professor of Neurology at Ludwig-Maximillians-University of Munich LMU Department of Neurology. “Particularly impressive are the clinically significant improvements in musculoskeletal and respiratory endpoints for patients switching from ERT standard of care to AT-GAA. With PROPEL, AT-GAA has proven its high potential to advance the current standard of care for people living with Pompe disease.”

Schoser and the company’s chief executive officer John Crowley, appear to be putting a pretty positive spin on the results in a trial that failed its primary endpoint. The most significant problem was a comparison between AT-GAA and Sanofi Genzyme’s Lumizyme (alglucosidase alfa) using a six-minute walk test, which is a gold standard for the industry in evaluating efficacy. Although the values for a combined cohort of patients who were both changed from ERT therapy or ERT naïve were better, they were not statistically significant.

Although that was a marginal failure, a bigger failure was in treatment-naive patients. On the six-minute walk test, the Lumizyme group performed better than the patient receiving AT-GAA. Lumizyme also performed better on forced vital capacity.

Joseph Schwartz, an analyst for SVB Leerink, was hoping to see a 30 to 50-meter improvement on the walk test compared to those on Lumizyme. Unfortunately, the figure was 13.6 meters. Schwartz wrote in a note to clients, “Based on much stronger Phase I/II data, albeit noncontrolled, we expected a much better result in the PROPEL study. Although most other endpoints pointed in favor of AT-GAA, the approvability of the drug comes into question although management remains encouraged about their regulatory path forward for their ‘crown jewel’ AT-GAA program and will still file for approval.”

Analysts think it’s possible it will be approved, given how rare the disease is and how limited the competition for therapies is, but whether Amicus can make the case to payers is a more difficult argument to make. Sanofi is working on a new drug to replace Lumizyme, avalglucosidase alfa, although in trials it was only non-inferior to Lumizyme instead of an improvement. But the FDA offered expedited review and many think it will be approved, although having two products with similar efficacy on the market with Amicus’ AT-GAA playing the third fiddle is not anything investors are optimistic about. Sanofi’s target action date with the FDA for the new drug is May 18, 2021.

China refuses to give WHO raw data on early Covid-19 cases: WSJ
Scroll to top