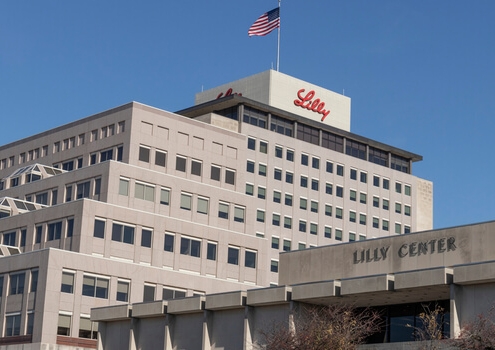 Diabetes affects approximately 34 million people in the U.S. and up to 463 million adults across the globe. Semaglutide, a GLP-1 receptor agonist, was approved in 2017 as an adjunct treatment to diet and exercise that increases secretion of insulin in patients with type 2 diabetes. While effective, this hasn’t stopped other pharmaceutical giants from searching for more effective options to treat this metabolic disease.

Lilly’s tirzepatide has been proposed as a potentially effective treatment option that may rival the efficacy of semaglutide.

In February, the company showed that tirzepatide significantly reduced A1C, a marker for blood glucose, and body weight in adults with type 2 diabetes, according to results from the 52-week Phase III SURPASS-3 and SURPASS-5 studies. Both studies saw a respective reduction in A1C by 2.37% and 2.59% as well as body weight reductions of 13.9% and 11.6%.

Recently announced topline results from the 40-week SURPASS-2 trial show that the highest tirzepatide dose of 15 mg was associated with an A1C reduction by 2.46% and a body weight reduction by 13.1%. Even the lowest dose of tirzepatide at 5 mg markedly reduced A1C by 2.09% and body weight by 8.5% compared with semaglutide at 1.86% and 6.7%, respectively. 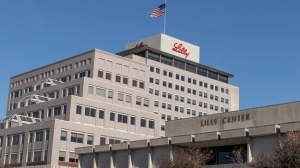 Approximately 51% of patients in the trial who took the higher tirzepatide dose achieved an A1C of less than 5.7%, a level that’s predominantly observed in people without diabetes, compared with 20% in the semaglutide arm. Overall, tirzepatide’s safety profile was similar to that reported in the other SURPASS trials, with the most commonly reported adverse events being gastrointestinal in nature.

“Head-to-head studies are the gold standard for clinicians assessing the efficacy of investigational treatments, and these results show that all three doses of tirzepatide delivered superior A1C and weight reductions compared to the highest approved dose of semaglutide to treat type 2 diabetes,” according to a statement made by Juan Pablo Frías, M.D., Principal Investigator of SURPASS-2and Medical Director at the National Research Institute. “Newer treatment options may help people with type 2 diabetes achieve their A1C and weight loss goals. In SURPASS-2, tirzepatide delivered clinically meaningful efficacy, beyond what has been seen with an existing medicine in the established GLP-1 receptor agonist class.”

“Nearly nine in 10 people with type 2 diabetes in the U.S. are overweight or have obesity, and we are committed to providing solutions that not only lead to meaningful A1C reductions but also significant weight loss to help meet their needs,” added Mike Mason, President of Lilly Diabetes. “These striking head-to-head results surpassed our expectations, supporting our belief in the value of all three doses of tirzepatide as potential new treatment options for people living with type 2 diabetes.”

While Lilly’s SURPASS program has largely found tirzepatide to be superior to semaglutide, that hasn’t stopped Novo Nordisk from developing semaglutide as an anti-obesity drug, based on recent data published in the New England Journal of Medicine. Over the course of the 68-week study, treatment with semaglutide was associated with significant weight loss in people with a body mass index of 30 or higher who did not have diabetes.

Based on these findings, Novo Nordisk has applied a priority review voucher for a New Drug Application it filed with the U.S. Food and Drug Administration in December.