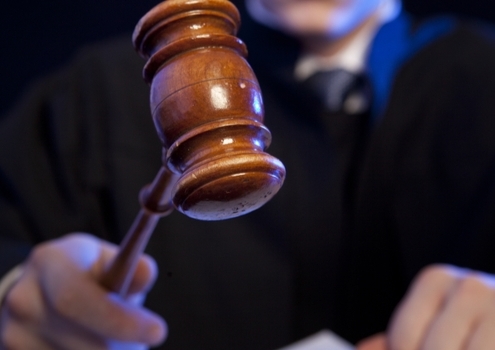 PixarBio Founder Sentenced to 7 Years in Prison for Defrauding Investors

Frank Reynolds, the founder and former chief executive officer of PixarBio, was sentenced to seven years in prison for defrauding investors. Reynolds was also ordered to repay $7.5 million to investors who backed the company’s non-opioid painkiller, NeuroRelease.

Reynolds, along with two associates, Kenneth Stromsland and M. Jay Herod, were charged with securities fraud in 2018 as the men hyped the company’s non-opioid pain reliever. Although the medication had only remained in preclinical testing, Reynolds and his colleagues told investors that the drug would be approved by the U.S. Food and Drug Administration within two years. The PixarBio contingency claimed that NeuroRelease would replace morphine by the end of 2018.

When presenting the drug to investors, Reynolds would often share a personal story about overcoming an injury that led to paralysis and claimed that NeuroRelease would be able to help patients with that. During the trial, Steven Chartier, a former executive with PixarBio testified that Reynolds claimed only two people had cured paralysis, himself and Jesus Christ. However, during the trial, the prosecution presented evidence that Reynolds had in fact never been injured or paralyzed.

During the trial, Reynolds continued to taut the chances of NeuroRelease, claiming it still had value and could be the solution to the opioid crisis in America. The FDA though, said NeuroRelease was nothing more than an anticonvulsant known as carbamazepine that was already on the market in multiple forms, the Boston Globe reported this morning.

Reynolds, who was also listed as chief financial officer and chief operating officer of PixarBio, was convicted of one count of securities fraud and three counts of obstructing the proceedings of the U.S. Securities and Exchange Commission, the Boston Globe reported. Following the announcement of the sentence, U.S. Senior District Judge Douglas Woodlock said Reynolds remained oblivious to the harm he had caused investors and referred to him as a “predator,” the Globe reported. In addition to the prison sentence and the $7.5 million fine, Reynolds was also ordered to forfeit $280,000 and spend three years on supervised release after he is freed from prison.

The U.S. Securities and Exchange Commission alleged that Reynolds and Stromsland misled investors with false claims about PixarBio’s progress in developing a purported method of delivering non-opiate, post-operative pain medication. The complaint also alleges that Reynolds, Stromsland, and Herod engaged in a fraudulent scheme to acquire and merge PixarBio with a publicly-traded company and to secretly manipulate the sales of shares in the new entity.

Stromsland and Herod pleaded guilty and testified in Reynold’s trial. During the court hearings, the two men, along with other PixarBio executives, testified to the outlandish behavior of Reynolds, who, according to the trial record, compared himself to Apple’s Steve Jobs and Jesus Christ.

The company’s assets were frozen in 2018 following noted concerns made by the SEC. In January 2017, the company claimed it was seeking to acquire Cambridge, Mass.-based InVivo Therapeutics for less than $77 million. However, later in the month, the company said it withdrew its offer in order to focus on developing its NeuroRelease platform. The same day the company announced it was no longer seeking to acquire InVivo, the SEC halted trading of PixarBio stock over concerns of stock manipulation.