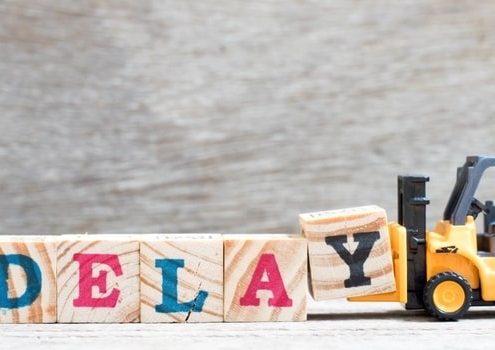 Shares of Reata Pharmaceuticals plunged more than 33% Monday after the company announced a potential delay in plans to seek approval of omaveloxolone, an investigational treatment of Friedreich’s ataxia (FA).

Texas-based Reata Pharmaceuticals announced the potential delay Monday when it released its 2nd quarter financial report. In October of last year, Reata executives touted data from the second part of its Phase II MOXIe trial that met the goal of modified Friedreich’s Ataxia Rating Scale (mFARS) after 48 weeks of treatment.

The mFARS is a physician-assessed neurological rating scale used to measure FA disease progression. The test includes four sections that measure the patient’s performance of activities, including speaking and swallowing, upper limb coordination, lower limb coordination, and standing and walking.  The FDA initially indicated that mFARS is an acceptable primary endpoint to evaluate the effect of omaveloxolone for the treatment of patients with FA, the company said in October when it first announced the MOXIe results.

Based on those positive results, Reata planned to talk to the U.S. Food and Drug Administration and other regulatory bodies regarding potential filing of New Drug Applications. But those plans have a potential roadblock. On Monday, Reata said it completed a Type C meeting with the FDA and the regulatory agency said it was not convinced the MOXIe results will support a single study approval without additional evidence that lends persuasiveness to the results. Reata said the FDA wants a second pivotal trial that confirms the mFARS results.

And that could be difficult, the company confirmed. In a response to the FDA’s comments, Reata, key FA doctors and the Friedreich’s Ataxia Research Alliance provided the regulatory agency with information that stresses the difficulty of a second trial due to the limited number of FA patients available, as well as the slow progression of the disease. The ongoing impact of COVID-19 is also another factor that will hinder an additional trial.

“Thus, conducting an additional pivotal study would result in a long delay in the availability of a potentially effective therapy to patients with a progressive, life-threatening disease with no treatment options,” the company said in its announcement.

While a second trial could be delayed for a considerable amount of time, Reata and its allies from the FA community proposed a crossover study that could provide additional data regarding the efficacy of omaveloxolone. This proposed study would measure the effect of omaveloxolone on mFARS in patients who were previously randomized to placebo in the MOXIe Part 2 study and are being treated with omaveloxolone in the MOXIe open-label extension study. Reata said the FDA acknowledged during the Type C meeting that a study such as this could provide the information necessary to submit data for regulatory review. Reata is now in the process of designing such a study. If it’s accepted, Reata said it could complete the crossover study by the fourth quarter of this year and submit a NDA in the first quarter of 2021.

However, if the FDA rejects the study design, or if the data is not supportive, Reata said it will have to evaluate the feasibility of a second study in FA patients. Regardless of the interaction with the FDA, Reata said it plans to pursue marketing approval outside of the United States.

Reata’s omaveloxolone is a once-daily activator of Nrf2, a transcription factor that induces molecular pathways that promote restoration of mitochondrial function, reduction of oxidative stress, and inhibition of pro-inflammatory signaling, according to company data. Friedreich’s ataxia is a rare genetic neuromuscular disorder that causes progressive loss of coordination, muscle weakness, and fatigue. It can lead to reliance on a wheelchair for mobility and potential premature death. FA affects approximately 5,000 children and adults in the United States and 22,000 globally. There are no approved treatments for the disorder.