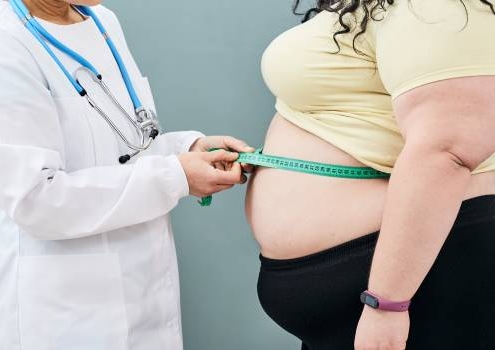 Altimmune, a biopharmaceutical company based in Gaithersburg, Maryland, announced Monday that the U.S. Food and Drug Administration (FDA) has approved a Phase II clinical trial for investigational obesity-treating drug pemvidutide.

The Phase I clinical trial was successful, leading the company to make high claims about the drug’s potential, saying that it could be as effective as bariatric surgery and that it mimics the effects of diet and exercise.

Obesity is an epidemic in the United States. The Centers for Disease Control and Prevention (CDC) reports that 42.4% of American adults are obese. In addition to causing numerous other health problems, obesity also costs money – people with obesity spend an average of $1,429 more per year on medical costs than people at a healthy weight. With effects like these, obesity is a health problem that requires urgent attention. Altimmune believes it has found a potential solution with pemvidutide. The drug is intended to treat obesity and non-alcoholic steatohepatitis (NASH), but has other benefits as well.

“Pemvidutide has the potential to achieve weight loss comparable to bariatric surgery. Pemvidutide also has been shown to increase the breakdown of fat and its mobilization within the liver, which may have beneficial effects on insulin resistance, a common problem in people with obesity,” the company said in its announcement.

In Phase I development, Altimmune saw highly positive signs. President and CEO Vipin K. Garg, Ph.D., said that participants in the first phase experienced an average weight loss of 10.3%, with no adverse events serious enough to discontinue the study. In addition to the weight loss, patients experienced other beneficial side effects. The company said that subjects who participated in Phase I “demonstrated striking reductions in body weight, liver fat and serum lipids.” 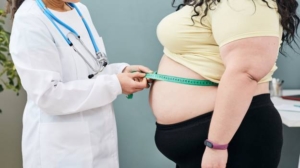 Because the first phase went so well, the FDA has cleared Altimmune’s Investigational New Drug (IND) application for a Phase Ib as well as a Phase II study. Phase Ib is currently enrolling subjects with nonalcoholic fatty liver disease (NAFLD) to see how pemvidutide affects the liver. The second phase will involve approximately 320 subjects with obesity or who are overweight with at least one obesity-related complication. For 48 weeks, the subjects will receive a weekly injection of 1.2 mg, 1.8 mg or 2.4 mg of pemvidutide or a placebo. Altimmune plans to start the study in Q1 2022 and to have results to share publicly by Q4 2022.

Pemvidutide works by targeting two key protein receptors: GLP-1 and glucagon. “Activation of the GLP-1 and glucagon receptors is believed to mimic the complementary effects of diet and exercise on weight loss, with GLP-1 suppressing appetite and glucagon increasing energy expenditure,” the company noted. By targeting these receptors, the drug can hopefully address some of the biological triggers that encourage obesity and help mitigate obesity-related health risks like insulin resistance.

“This Phase II trial in obesity represents an important milestone toward developing a safe and effective treatment option for people with obesity,” Garg said. “We believe these results rank among the best in terms of the rate and magnitude of weight loss and tolerability among drugs in development for obesity.”

Novavax, after delays, files for U.S. authorization of COVID-19 vaccine
Scroll to top