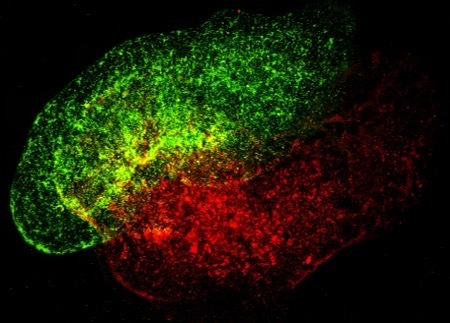 HAYWARD, Calif.–(BUSINESS WIRE)–Prellis Biologics, Inc. today announced that it has generated 300 human IgG antibodies that bind to either the S1 or S2 spike protein of the SARS-CoV2-Wuhan strain of the novel coronavirus. Using the Prellis Externalized Human Immune System™ technology, the team produced 960 synthetic human lymph nodes that were challenged with a SARS-CoV2 vaccine-like cocktail, leading to virus-specific antibody generation.

“Three hundred virus-specific IgG antibodies is a tremendous number to have at this stage. Our pipeline for class-switched antibodies has produced an order of magnitude larger pool than the typical antibody development program,” said Erin Stephens, PhD and Director of Tissue Engineering at Prellis.

Prellis Biologics, Inc. first built bioactive synthetic human lymph nodes in 2017, demonstrating their potential by producing human antibodies against the Zika Virus. Notably, the process does not require an infected donor, extensive screening, or generation of antibodies in animals, dramatically reducing the time to produce a targeted library of candidate antibodies to less than one month.

“We funded the formation of an army of synthetic human lymph nodes to identify antibody therapies for SARS-CoV2 and potentially all new pandemic diseases, both viral and bacterial,” said Steve Jurvetson, co-founder of Future Ventures. “It’s like having a surrogate human immune system from hundreds of people without needing to sample from infected patients, offering a rapid response procedure for any pathogen.”

Prellis expects refinement of its lead candidates to take about one month, after which the company will pursue development of a multi-antibody cocktail therapeutic. “Our next steps are to test the capacity of the antibodies to prevent virus replication in live cell assays,” said Courtney Gegg, PhD and Senior Director of Tissue Engineering at Prellis. 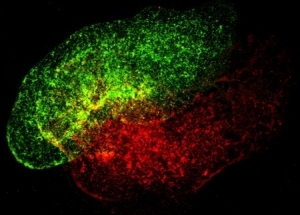 Looking forward, Prellis Biologics is planning to address known mutations in SARS-CoV2 by using their Externalized Human Immune System™ technology to produce libraries of antibodies that recognize mutations in the SARS-CoV2 virus. “Novel mutations are being found in SARS-CoV2 across the globe. It’s likely that these mutations will impact vaccine and therapeutic antibody efficacy,” says Prellis Founder and CEO Melanie Matheu, PhD. “With our rapid antibody development platform, we can move as quickly as the virus is changing, and we’re planning to get ahead of it.”

More information on Prellis Biologics and its SARS-CoV2 Human Antibody Project can be found here.

Prellis Biologics, Inc. develops synthetic tissue products for R&D, therapeutic production, and organ transplant using its holographic printing system that is capable of matching and accurately replicating human organ and tissue structures. The combined resolution and speed of Prellis Biologics’ printing technology allows for full human organ systems to be created with cell-compatible biomatrices. We are dedicated to using synthetic human tissues to cleanly produce therapeutic products and ultimately, solving the global human organ transplant shortage. Prellis Biologics, Inc. was founded in 2016 and is a privately held company based in Hayward, CA.