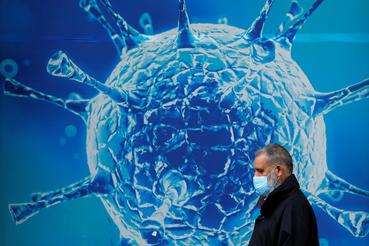 JOHANNESBURG (Reuters) – Previous infection with the coronavirus may offer less protection against the new variant first identified in South Africa, scientists said on Monday, although they hope that vaccines will still work.

The 501Y.V2 variant was identified by South African genomics experts late last year. It has been the main driver of a second wave of national COVID-19 infections, which hit a new daily peak above 21,000 cases earlier this month.

It is one of several new variants found in recent months, including others first discovered in England and Brazil, which scientists worry are hastening the spread of COVID-19.

British scientists and politicians have expressed concern that vaccines currently being deployed or in development could be less effective against the variant.

Scientists speaking at the virtual panel on Monday said there was not yet a clear answer to that question and that studies were continuing.

“We have reason to be concerned because the virus has found a way to escape from previous antibodies,” Alex Sigal, a virologist at the Africa Health Research Institute, said. 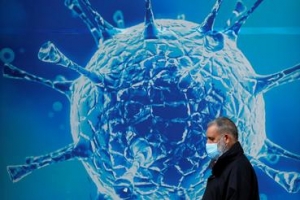 FILE PHOTO: A man wearing a protective face mask walks past an illustration of a virus outside a regional science centre, as the city and surrounding areas face local restrictions in an effort to avoid a local lockdown being forced upon the region, amid the coronavirus disease (COVID-19) outbreak, in Oldham, Britain August 3, 2020. REUTERS/Phil Noble/File Photo

“The world has underestimated this virus. This virus can evolve, it … is adapting to us.”

Earlier, South African researchers said that since vaccines induce a broad immune response it was unlikely that the mutations in the spike protein of the variant would completely negate their effect.

The researchers reiterated that notion on Monday.

“Our immune systems are extraordinarily clever,” Willem Hanekom, one of the team, said. “There may be compensation through other arms of the immune system that allow vaccines to still work”.

The 501Y.V2 variant has spread to nations in Europe, Asia and the Americas, as well as several other African countries, causing some states to impose restrictions on travel to and from South Africa.