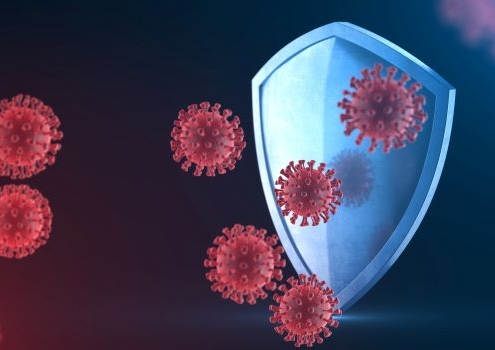 What is the key to a robust immunity against SARS-CoV-2? According to a study recently published in The New England Journal of Medicine, it could be a previous SARS infection—more specifically, the one that spread across 29 countries between 2002 and 2004—plus vaccination.

In the compelling, albeit small, study led by Lin-Fa Wang, Ph.D., a virologist at Duke–NUS Medical School in Singapore, eight vaccinated individuals who had contracted and recovered from the SARS-CoV infection generated very high levels of neutralizing antibodies against both the original SARS and SARS-CoV-2 viruses after only one dose of the Pfizer–BioNTech vaccine.

The study participants also produced a broad spectrum of neutralizing antibodies against three of the currently designated variants of concern (VOC)—Alpha, Beta and Delta—in addition to five other bat and pangolin sarbecoviruses. What’s more, their antibody response was superior and more wide-ranging than what was observed in the blood samples of those who had been double-vaccinated, even when members of the second group had survived a COVID-19 infection.

The authors hypothesized that the vaccine could elicit broad protection because it triggers an immune memory of regions of the SARS virus that are consistent with SARS-CoV-2. They noted that the two coronaviruses share an overall genome sequence identity of approximately 80%.

Both SARS-CoV and SARS-CoV-2 fall under a group of coronaviruses classified as “sarbecovirus.” This particular brand of bug uses the now-infamous spike proteins to bind to ACE2 receptors in the membranes of host cells and enter them. They also have the ability to make the jump across species from animals to humans, which was the case with both SARS and SARS-CoV-2.

Despite the robust vaccine responses, blood samples obtained from 10 survivors of the original SARS-CoV infection before being vaccinated did not show evidence of cross-neutralization, even though these individuals did have detectable neutralizing antibodies against SARS-CoV 17 years after infection. This would appear to indicate that, at least in this small group, the vaccine made the difference.

Embedded inside these eight participants is a spark of hope for the long-term potency of the currently approved COVID-19 vaccines—particularly the Pfizer-BioNTech brand and the similar Moderna mRNA shot. This study might also help to inform the design of second-generation vaccines and boosters.

Should booster shots to the current vaccines be aimed at the SARS virus instead of the currently active SARS-CoV-2? Dr. Barton Haynes, director of the Duke Human Vaccine Institute in Durham, N.C., said it raises the question.

Another SARS virus is not the only previous infection that could be protective, and antibodies are not the only important immune player. In a recent study published in Science, a research team led by Lucie Loyal, a graduate student at the Berlin Institute of Health in Germany, showed that a previous infection with the common cold generated stronger immunity against the SARS-CoV-2.

The paper showed that T-cell responses derived from immune system memory against this type of coronavirus enhanced immune responses to SARS-CoV-2 in those infected with the latter and immunized with the Pfizer-BioNTech vaccine.

The authors state that “recent HCoV infection is associated with less severe COVID-19, suggesting a protective role,” and that cross-reactive T cells enhance SARS-CoV-2 immune responses both upon infection and vaccination.

Results from both of these studies may inform the long-term strategy against coronaviruses of this class. Stanford University Structural Biologist Christopher Barnes told Nature that a comprehensive vaccine against sarbecoviruses could be administered to the general population of high-risk regions who live near bats and other animals that carry them, limiting potential spread among people.

The study authors reiterated the importance of such a vaccine.

Academic institutions and biopharma companies are working to make this dream come true.

Haynes and his colleagues at Duke have developed a protein nanoparticle consisting of 24 pieces of the receptor-binding domain—a key section of the SARS-CoV-2 protein that is a prime target of antibodies. The team conducted an experiment where they immunized macaque monkeys with the mRNA vaccines, then injected them with the protein-based vaccine.

The results showed that the nanoparticle induced much higher levels of antibodies against SARS-CoV-2 than the mRNA vaccine and generated antibodies capable of neutralizing some of the more difficult to neutralize strains, including the Alpha and Beta variants.

Duke’s vaccine was always intended to be a booster shot. 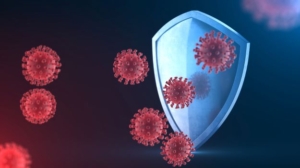 “The mRNA vaccines were already under development, so we were looking for ways to sustain their efficacy once those variants appeared,” Haynes said.

Elsewhere, Gritstone Bio, a young biotech company developing a slate of immunotherapies against various diseases and cancers, is partnering with the La Jolla Institute for Immunology (LJI) to develop a vaccine that the pair hope will provide prolonged protection and potency against emerging spike mutant forms of SARS-CoV-2.

Instead of targeting only the single spike protein, the candidate, which also leverages mRNA technology, Gritstone’s vaccine instructs cells to make other proteins associated with the virus, focusing on ones that appear not to vary much across the entire coronavirus family.  The vaccine, which is being looked at as a “universal vaccine” against coronaviruses, recently received an infusion of $20.6 million in funds from the Coalition for Epidemic Preparedness Innovations (CEPI) in exchange for a promise that, if successful, it will be made globally available through the COVAX facility.