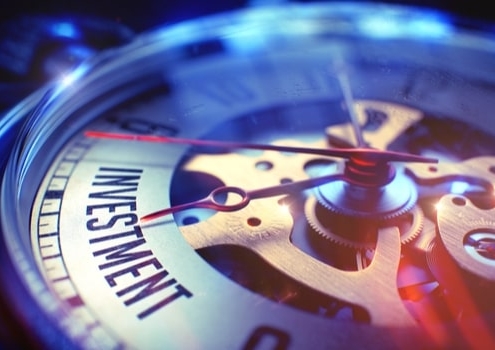 Public and Private Biotech Investments Up Despite COVID-19 Slowdowns

COVID-19 put many businesses on hold, but not biotech. This sector is growing at record speeds, and only a small portion of the capital deals are related to the pandemic.

Both the number and dollar amount of biotech transactions are increasing. LifeSci Partners, in a series of just-released reports, recorded 184 biotech capital transactions totaling nearly $26 billion for the first half of the 2020. The number of transactions is up 138% from the same period last year, while the value of the deals increased only slightly – from $113 million in 2019 to nearly $118 million today. Only 11% of those deals were COVID-driven. They accounted for almost $3.8 billion in funding.

All this suggests a strong financing market heading toward the end of the year.

What stands out is the IPO raises. The 34 biotech IPOs so far this year raised more than $6.2 billion. The 28 IPOs in the first half of 2019, in contrast, raised less than half that sum: nearly $3.1 billion. This trend flies in the face of the all-industry IPO trend. When the pandemic hit, the IPO window closed for most industries.

Now the IPO window is reopening for other industries, too, led by a strong biotech sector, according to Renaissance Capital. After researching previous IPO closures, it determined that, “The IPO market outperforms the S&P 500 by 24.7 points (on average) after sell-offs,” according to the report, “The Coming IPO Renaissance.” The post-COVID-rebound, it predicted, will be based on investors who are making money during the crisis, a backlog of companies that are ready to go public, and innovative technologies.

Renaissance Capital expects 39 IPOs in the third quarter of 2020. Of those, two-thirds will be biotech, it predicted. Beyond that, stock market indexes are rising. The Dow Jones Industrial Average is hovering around 27,000 – roughly where it was last September. More importantly, the NASDAQ Biotechnology Index is near its all-time high of $4,492. The NASDAQ US Small Cap Biotechnology Index is in its upper ranges, too, closing July 23 at $4,509.68 against a 52-week high of $4,751.

The V-shaped recovery is enabling institutional and individual investors to generate rapid wealth in the stock market. Biotech companies see this and are positioning themselves to capitalize on the influx of ready cash and investors who are looking for innovative technologies.

For example, Inozyme Pharma, a rare disease company, just increased its deal size 39%, offering 6.5 million share at $16 rather than the originally announced 5 million shares, to command a fully-diluted market cap of $378 million. Nurix Therapeutics also just increased the number of shares in its anticipated IPO by 29%, to 11 million.  At a per-share price range of $17 to $18, it expects to raise $193 million.

Looking at earlier IPOs, LifeSci Partners tracked the two biotech IPOs that launched the week of July 6. Nkarta’s initial share price was $18, which shot to $54.74 when trading opened. The stock closed July 23 at $40.35. The other biotech IPO that week, Poseida Therapeutics, experienced a modest 0.8% increase during its first week. It was initially priced at $16 per share. After opening at $15.35 July 10, it hit a high of $17.62 and closed July 23 at $15.78, still close to expectations.

Private placements are continuing, too. Since March 16, when the pandemic started, LifeSci Partners noted 94 private U.S. transactions and 25 European transactions for biotech that were worth at least $10 million. Of those, three were seed or angel investments. In Europe, there was one seed or angel funding of that amount.

The number of deals dropped sharply in the U.S. after April 5 when the pandemic hit and picked up to normal levels of five or more closing per week starting May 18. Transactions in Europe held fairly steady throughout the pandemic, with most weeks having one to three closings. Only five weeks had zero.