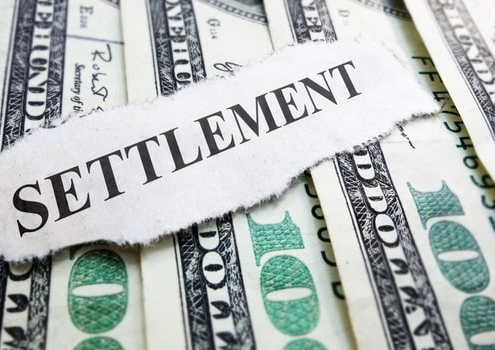 A settlement valued at $8.34 billion was reached between Purdue Pharma and the Justice Department on Tuesday, which required the drug company to plead guilty to three felonies related to its marketing and distribution of OxyContin, according to the Wall Street Journal.

The approval was made by Judge Robert Drain of the U.S. Bankruptcy Court in White Plains, NY, and marked a milestone in Purdue’s initiative to turn itself into a corporate trust operated for the public’s benefit. Judge Drain ultimately ordered members of the Sackler family – owners of Purdue – to make a related $225 million payment to the Justice Department. This will resolve civil charges against them.

Lawyers for Purdue and states opposing the settlement are being urged to negotiate over the next month to resolve issues regarding Purdue’s legal claims against the Sacklers. A group of Senate democrats has opposed the settlement and asked federal authorities not to pursue it until Purdue’s intention to become a different company is adequately evaluated.

Purdue announced on Sept. 15, 2019 that it had entered a preliminary agreement to settle the opioid litigation against it. The settlement at the time was valued at $10 billion, and it would result in the company switching gears to address the opioid crisis.

Purdue said in its statement that it was developing and supporting the development of essential life-saving opioid overdose reversal medications, and claimed that it had the capability to manufacture others for treatment. These products included injectable nalmefene, nasal naloxone, and buprenorphine/naloxone.

The company received Fast-Track Designation from the U.S. Food and Drug Administration (FDA) for injectable nalmefene, which has the potential to reverse overdoses from synthetic opioids, back in 2019.

“Fentanyl and illicit opioid deaths continue to increase in the United States, fueled increasingly by overdoses of this class of compounds. We urgently need new and potentially more effective treatments to combat opioid overdose than are available today,” said Craig Landau, M.D., president and CEO, Purdue Pharma, at the time of the announcement. “The Fast Track designation from the FDA for nalmefene HCl underscores the importance and time sensitivity of this unmet medical need. We will continue our efforts to make nalmefene HCl injection available as quickly as possible, as it has the potential to be an important option to help address this public health emergency.”

The designation was made based on data from the company’s Investigational New Drug application (IND), as well as anticipated efficacy and safety data from planned clinical studies.

Purdue also announced in June of this year that it would be pledging up to $6.5 million in additional funding to support the development of a naloxone nasal spray. Specifically, it stated that it would be funneling money into Harm Reduction Therapeutics, Inc.’s development of the drug to make it more affordable and available over-the-counter. Harm Reduction Therapeutics, Inc. is an independent, non-profit pharmaceutical company specifically focused on reducing the cost of naloxone.

“Many public health experts have noted that putting more naloxone in the hands of friends, family and community members has the potential to save lives. Unfortunately, currently available forms of naloxone can be costly and difficult to obtain,” said Landau, at the time of the announcement. “Purdue strongly believes in HRT’s efforts to make naloxone available as a low-cost, OTC product, and we hope that our support can help make their mission a reality.”