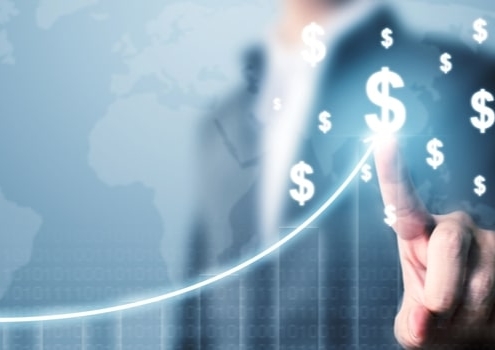 It’s a busy time of year for the biopharma industry, as most companies have begun reporting third-quarter financials. The last week has been marked by some larger companies’ reports with some interesting aspects to their announcements. Here’s a look.

The company also reported it had submitted an application to the FDA for Rinvoq (upadacitinib) for a new indication, active ankylosing spondylitis, and for adults and adolescents with moderate to severe atopic dermatitis. It also had full FDA approval of Venclextra (venetoclax in combination with azacytidine or decitabinse or low-dose cytarabine (LDAC) for newly-diagnosed acute myeloid leukemia (AML) in adults 75 years of age and older.

“We continue to be very well positioned for the long-term,” stated Richard A. Gonzalez, AbbVie’s chairman and chief executive officer. “Results from key growth products—including Skyrizi, Rinvoq and Ubrelvy—continue to track ahead of our expectations, our aesthetics portfolio is demonstrating a strong V-shaped recovery, our hematologic-oncology franchise is delivering double-digit growth and we’re advancing numerous attractive late-stage pipeline programs.”

Bristol Myers Squibb reported total revenues for the quarter of $10.540 billion, a 75% increase from the same quarter last year. That increase was mostly driven by the acquisition of Celgene, which completed on November 20, 2019. U.S. revenues increased 88% for the quarter to $6.5 billion, and to $40 billion internationally, an increase of 58%.

That’s good news for the company, but in terms of quarterly report, it’s worth pointing out that when Bristol Myers acquired Celgene, they were forced by the Federal Trace Commission to divest Otezla, which they did, to Amgen for $13.4 billion in cash.

The biggest pipeline news was the release of some early data from its Phase I UNIVERSAL clinical trial of ALLO-715 for relapsed/refractory multiple myeloma. The company plans to present data in December at the 62nd Annual Meeting of the American Society of Hematology (ASH). ALLO-715 is the company’s allogeneic, in other words, off-the-shelf, CAR T (AlloCAR T™) therapy for a variety of cancers.

The data Allogene released shows promise, but was shadowed by the death of one patient. The data presented so far is on the first 15 patients that were evaluable for efficacy and received escalating doses of ALLO-715 in addition to a lower dose of ALLO-647. All the patients had advanced disease and had received a median of five previous line of therapy.

In the 15 patients, higher doses of ALLO-715 demonstrated more activity, with 60% of the patients (three out of five) responding. Of the three patients who received that dose, two responded, one with a stringent complete response (sCR) and one very good partial response (VGPR). Both were minimum residual disease (MRD) negative by local MRD testing.

Gilead Sciences reported its third-quarter financials on October 28, citing an increase in product sales of 18% to $6.5 billion for the quarter. What was most striking—and controversial—about Gilead’s earnings were the quarterly sales report for Veklury, better known as remdesivir, for COVID-19. They reported sales of $873 million for the quarter, making it Gilead’s second-best-selling drug for the third quarter. The top-selling drug for the company was Biktarvy, for HIV.

On October 22, 2020, the U.S. Food and Drug Administration (FDA) granted the drug full approval for the treatment of COVID-19 patients requiring hospitalization. The antiviral drug was given emergency use authorization (EUA) in the spring. At the time of the EUA, it was really the only available treatment, but few physicians or analysts were particularly impressed with the drug’s effectiveness.

Back in April 2020, when the world was desperate for any drug that might help, Gilead reported encouraging results from its clinical trial of Veklury in COVID-19, with topline results from the Phase III SIMPLE trial evaluating 5-day and 10-day dosing in hospitalized patients with severe disease. It also reported positive data from the National Institute of Allergy and Infectious Diseases’ (NIAID) trial.

The results were promising, but not dazzling. One of the bigger takeaways was that the 5-day regimen appeared to have similar results to the 10-day regimen, which was good news because supply of the drug was limited. In terms of clinical improvement, the trial showed the time to clinical improvement for 50% of patients was 10 days in the 5-day cohort and 11 days in the 10-day cohort. But a clinical trial by the World Health Organization (WHO) recently reported that the drug does not have any particular effect on a patient’s survival.

Consumer group Public Citizen, as well as others, are criticizing the company over its pricing and profits, as well as the priority review voucher it received when Veklury was approved. Public Citizen is continuing its protests, demanding that Gilead relinquish the voucher. Peter Maybarduk, director, Access to Medicines, Public Citizen, wrote a public letter to Gilead Sciences, calling the priority review voucher “an entirely unnecessary and inappropriate incentive given Gilead’s expected revenues. We urge Gilead to relinquish the PRV.”

In the letter, Maybarduk argues that the American government invested more than $70 million to support the drug’s development, but Gilead is charging American consumers $52 per dose, more than anywhere else in the world. Wall Street analysts, he says, project Gilead will bring in almost $1 billion in the fourth quarter on the drug and that by 2022, sales could hit $7.7 billion. Of course, if a vaccine is widely distributed and effective, there will be little or no market for Veklury.

AstraZeneca reported total revenue for the quarter of $19.207 billion, an increase of about 8%. Most of the focus on AstraZeneca recently has been on its COVID-19 vaccine that it is advancing with the University of Oxford. Pascal Soriot, AstraZeneca’s chief executive officer, said, “We made encouraging headway in the quarter, despite the ongoing disruption from the COVID-19 pandemic. Highlights of the sales performance include further success sin Oncology and an acceleration in the progress of Farxiga. Our pipeline also excelled, with Farxiga expanding its potential beyond diabetes and heart failure with ground-breaking new data in chronic kidney disease, while regulatory submission acceptance was achieved for anifrolumab in lupus.”

Its COVID-19 vaccine appears to be progressing, with expectations of a possible data readout that could lead to an emergency use authorization in the U.S. by the end of the year or early 2021. They are also launching Phase III trials for a long-acting antibody cocktail for prophylaxis and treatment against COVID-19.

EVERSANA named a Great Place to Work by global workplace authority for second...
Scroll to top