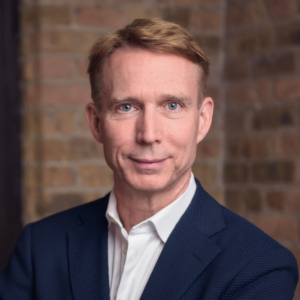 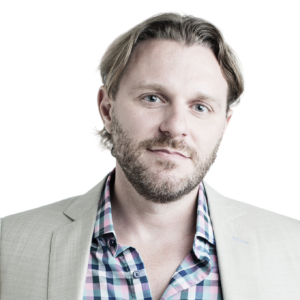 Med Ad News caught up with David Ormesher, CEO of closerlook, and Ross Toohey, chief commercialization officer of Fishawack Health, to talk about Fishawack’s acquisition of closerlook, what made the deal so attractive on both ends, and what the acquisition promises for clients.

Med Ad News: closerlook was a proudly independent agency for years. What prompted you to seek a buyer?

David Ormesher: We started the process last year, in late 2020. We were one of the fortunate agencies that actually prospered during COVID. In fact, 2020 was our best year in our history. As you know, we’ve occupied this space as a digital-native and analytics-driven agency. And with the pandemic, suddenly, all of our clients were pivoting to digital because sales forces were sitting at home.

So we were growing like crazy, and it occurred to me that while our clients were certainly enjoying the capabilities that we had around digital and analytics, and analytics-inspired creative and messaging, we were missing some pieces of the pie, particularly around medical communications, and really true AR capabilities with a global footprint. Because half of our clients are global, they were asking us to take what we were doing on the digital analytics side and extend it and expand it globally, so I finally came to the realization that for the sake of our clients, we needed a partner. We needed the ability to scale and bring breadth and depth to our offering.

And so we started on a journey, and talked to dozens of investors and companies, probably did 25 management presentations, which are these exhausting three-hour presentations of our management team to their management team. But it was a good exercise, and at the end of the day it became clear to me that of all the folks who we were talking to officially, Fishawack was by far the best partner.

Med Ad News: What made Fishawack so appealing?

David Ormesher: I think it came down to a number of categories. One, there was a really good sort of vision and cultural fit. Fishawack is an entrepreneurial company. They’re led by entrepreneurs, they still have that entrepreneurial drive. Secondly, they have just real depth across initially three key areas — medical communications, consulting, commercial — and now really some depth in market access and outcomes. Those are some key areas that, if you went to a big network agency, they would be scattered about. But Fishawack really had a vision of bringing these things together and creating a global commercialization platform for biopharma, and with the same entrepreneurial drive and fire that we enjoy at closerlook, it seemed like there was going to be a good fit.

And frankly, it was very complementary, because when we looked at our client lists and our capabilities, there was very little overlap between them. This was one of those cases where, you know, like peanut butter and jelly. One plus one equals three, whatever metaphor you want. It just felt like it was a really good fit.

Ross Toohey: Yes. And by the way for the record, Dave is absolutely jelly!

I’m the chief commercial officer at Fishawack, so part of my remit is helping the organization grow and provide better value to clients. What we’re doing is solving the problem that has been presented by this massive increase in the volume and velocity of therapeutic launches. There are more therapies being launched, faster and in a more complex environment than ever before, and at the same time, what it means to commercialize a therapy today is vastly more complex than it was just 10 years ago. And with what COVID did to the market, the need for analytics in channel management and the number of audiences we have, all of it has become more complicated than ever before.

So we have to move faster launches in a more complex environment and what that results in is the need for a single integrated partner that can help commercialize therapies in this increasingly complex world. And so the way that Fishawack has gone about doing this is by seeking the best of the best, so we’re scouring the market to find the best talent and the best capabilities, and bring them together under one roof and one team, removing all of the barriers that typically exist in a network like independent, siloed P&Ls and complicated org charts. We’re removing all of those things in order for these teams to work together efficiently, and for the benefit of the client.

It’s been a personal dream for me to work with Dave and the team because my legacy agency 2e joined Fishawack a couple of years ago, and I had admired closerlook from afar. They had really complementary capabilities and it was a company that I had a lot of respect for, and it was one of the first companies as we started talking about you know who should be looked at in the marketplace. It was like they were top the list for me, so the fact that now David and I and our teams are on the same team is like a dream come true. And that’s kind of what Fishawack is all about, it’s helping making that happen and we’re in a very luxurious position to be able to afford and accommodate that and to create those opportunities for our teams and for each other.

Med Ad News: What has been the reception to the merger by your clients and teams?

David Ormesher: So far everything has been very positive. closerlook has always prided itself as being a very open and transparent company, and so we were very quick to bring our entire team together, under a sort of a cone of silence, and let them know what we were working on, and ultimately let them know that this is our future and this is our partner.

Across the firm there has been real enthusiasm and excitement, everybody in leadership and everybody who works with clients saw the magic in this right away. They’re already coming to me with opportunities that they have seen with our clients, with needs that we couldn’t have met in the past, that now we can. And because we have this trusted relationship with our clients, our clients are now thrilled.

One of the things which I really admired, Oliver Dennis as CEO [of Fishawack Health] makes it his point personally to call all of our clients. It’s under the rubric of a reference call, but he’s absolutely got his sales hat on, he’s positioning the opportunities for them. He called every one of our clients and to a person, they called us back and said, “Congratulations, we’re thrilled for you, but even more thrilled for us because we see the potential here, the potential benefit and value for us for our brand and for our team.” Our clients have been very excited about this.

Med Ad News: Where do you see closerlook growing within the Fishawack network? Do you think there will be expansion to other cities, or even maybe even other countries?

Ross Toohey: Well, we’re not really a network, in that we’re not a bunch of independent entities operating separately. One of the things that you quickly see within Fishawack is that we’re almost immediately able to staff accounts with the best talent, in the best location for the client. What happens is the people that are within a certain office cease to necessarily be exclusively allocated to that one company. For example, we have people in our St. Louis office that are supporting a client from Boston or from the UK, and we’ll have people from California that are part of the team in Oxford. What’s going to happen is it really opens the doors for Dave and I, and Dave’s team. … the short answer is, they’ve just acquired 17 offices across the world and 1,200 more colleagues, and vice versa. So, we’re excited about that. We are also very excited about having a presence in Chicago, this is our first foray into that particular market. We are very, very committed to the Midwest market. We think it’s a talent market that’s very untapped and so we’re extremely glad that we have two Midwestern offices already. So this one’s obviously a gem in the in the crown.

David Ormesher: And if there’s anything we’ve learned over the last few months, we’ve all built really good muscle memory on how to work virtually from anywhere in the world. We’re on a major pitch right now for a company in the West Coast and we tapped into some expertise from the UK. And it was just a phone call away. And, within 24 hours we had insights coming from that expert, a PhD, that’s going to help us on that pitch, and vice versa. Fishawack reached out to us a couple weeks ago and they had a big pitch coming up, and that part of the requirement is some analytics and data reporting, and so, within 24 to 48 hours we had to have our people involved in that pitch. So it’s actually moved, frankly a lot faster and smoother than I would have expected.