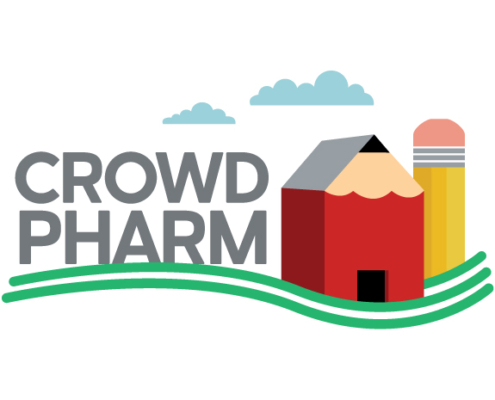 Med Ad News: Please give some background on how these agencies started and why they were combined? And what makes CrowdPharm different from traditional agencies? 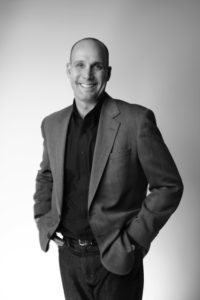 Mike Myers: Steve and I are old friends. We met before 1999, and we went to college together. And we really got to know each other our senior year. Since that time, we stayed very close friends and continued to interact and hang out with each other over the years. When I started in advertising in New York City and then on to Palio, Steve went to law school, and then never practiced, and he then went to work at Bernstein-Rein, BR Advertising, which is a really big consumer shop in Kansas City that his dad founded way before 1999. Steve is now the CEO of that group. And so, you know, we’ve had a really good relationship since the mid-to-late ‘80s.

When I left Palio and wanted to keep working, I didn’t want to build a traditional agency. And so I started Cross & Wild, and we were outsourcing all of our creative work, because I didn’t want to fill a building with people and keep them billable and deal with all the craziness that comes along with that. And Steve had an offering that was doing crowdsourced work for his consumer group, for his consumer clients, and we started using them for pharmaceuticals. And then we decided, you know, the vertical in healthcare is a great opportunity, so we built CrowdPharm. So Cross & Wild was more like the accounting/strategy side of an agency, and CrowdPharm was like the creative side of an agency. At the time it made sense to us, but it confused clients, who were asking, “Is CrowdPharm really an agency?” Yes, but … “Is Cross & Wild really an agency?” Yes, but –  we were two halves to the same being, since Cross & Wild and CrowdPharm have been working co-dependently since day one. And we just realized that going forward, it made a lot of sense to combine them and simplify our offerings to the market.

Mike Myers: We really wanted to transform the way that agencies work with clients, and we want to transform the way that an agency can work in general. In many ways, we’re using technology and global reach and capability to provide clients with something that they’ve never really had access to before, which is calling us and tapping into not only our full-time staff, because we have four offices across the country – Saratoga, Kansas City, Tucson, Ariz., and San Diego, where we have full-time people like clients want and expect. But then we can tap into almost 4,000 people in 99 countries, all 50 states, and have the ability to truly provide a level of expertise and relevant experience, in my opinion, better than any agency out there.

We had a client ask recently, “How many people in your network have diabetes experience? We need to see diabetes experience.” Any agency I’ve ever worked with, or in any agency that you’ve ever talked with, will always say, of course, “I can do that”. And then they have 10 people, and they may have 20 people, or they may have 30 people or even 50 – we have over 600 across the globe. And, you know, the beauty of it is we don’t need to tap into all 600. But if the client wants input in thinking from the Big Five in Europe, and we want relevant experience to the United States, Canada and South America, we can build a team like that, through the technology platform we’ve developed, instantly, and we can start engaging them overnight.

[At a traditional agency] we’d have to bring all those people together and pull them off of work, and getting that engine moving takes a long time and then slowing it down takes a long time. We can turn it on and off with a switch, actually a few clicks on a keyboard. But we’ve really built a different type of agency model that’s technologically driven or technically driven through our proprietary platform, and globally engaged. That’s more interesting than the backstory.

Med Ad News: What do you see happening in the next couple of years for the combined CrowdPharm?

Steve Bernstein: You know, this might sound a little cliche, but we’ve used this [analogy] for a while. But we love the thought that the world’s largest hotel operator owns no hotel rooms, and it’s called Airbnb. And the world’s largest car rental company owns no cars, it’s called Uber, we actually believe that CrowdPharm can become the world’s largest healthcare marketing agency. And we’re going to do it by using technology, as we mentioned, and our business model. And so that’s what we’re shooting for. And it can be done. We want to be the Uber and the Airbnb of healthcare communications.

Mike Myers: And I love those analogies. We expect to grow, of course, we expect to continue to our full-time staff, continue to focus on proprietary platform. We want to expand into other countries. And depending upon which list you use, and who you’re talking to, there’s 193 to 196 countries in the world, we have 99 of them, I’d like to get all of them. I don’t know if that’s possible, but we’ll continue to expand our network.

You know, one of the things about our network, we’re at about 4,000 people, we could probably get into 100,000 people in six months, if we just opened up the floodgates and started advertising everywhere and didn’t care about the talent in there. But if someone says, “I want to be a medical editor in your network,” they have to take a task we created and they have to get 85 percent or above or they’re not it. And everyone in our network is fully NDA’d. And for every creative person, we review their portfolios and we’re looking at writing samples. We are very, very cautious about who we let in, but we will grow the network. And I could easily see us being a 10,000 people, I could see us also having some other satellite offices around the country, although we’ve gone from the East Coast to the West Coast right now, everywhere from upstate New York, down to San Diego. We are talking with some people about partnering up and having an office in the Bay area, we’re going to continue to grow it.

I think you’ll see us with more and more agency-of-record clients and frankly disrupting the industry a little bit. What we’re doing is turning the industry a little bit on its head. There are so many big agencies that do great work that have great people. But their model is how many people can I hire? And how billable can I keep them, down to the quarter hour? And our approach is very, very different. It’s who makes the most sense to have on this business to make the brand as successful as it can be. And I think the more people we talk to, frankly, we’ve never had someone say that’s dumb, or I hate it. We’ve had some people say, one of these things is not like the other and it makes me nervous – new makes people nervous. But we’ve done a lot of great work. And as a result of that, we hopefully can have fun and all those things along the way.