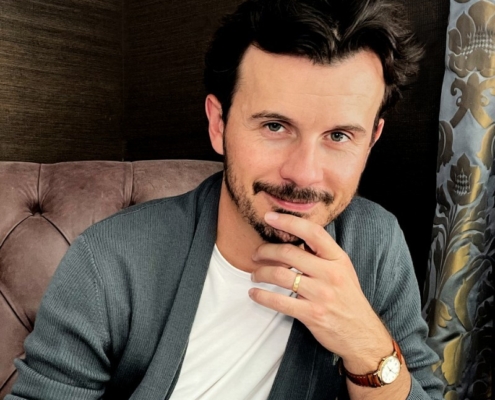 Med Ad News spoke with David Hunt, founder and CEO of The Considered and former CEO of Havas Lynx, about what is behind the name of the new healthcare communications agency and where he wants the business to go.

Med Ad News: Where did the name The Considered come from?

David Hunt: What I really hate, really, really hate in this industry, I hate spin, and I hate propaganda. And I’ve always, always hated, when you go to congresses and events, and you’ve got people on stage using very, very complicated terms, and very, very complicated words. And you see the same pictures. And the people trying to be the smartest people in the room, more often than not, can cause more damage than good because no one understands what they’re talking about. The worst thing is, it almost never comes to fruition do you know what I mean? “Oh, we should use AI,” or, “We should use data, or virtual reality, or augmented reality,” or, “Next, we’ll hear all about the mediverse” for the next six months. and I absolutely detest it. The thing that really interests me is, is actually using [the technology]. So less about talking, more about doing. And if you look at my career, I’ve got a track record of delivering these industry firsts. So the idea with The Considered is basically to make sure we’re always working with wisdom, with experience, with insight, and with data, to make sure that everything we do is with purpose. And it’s with heart, and it’s with an ambition. And we’re not doing anything for the sake of it. We’re doing things because it makes sense. Because we’ve thought about it. And because we’ve considered it, and of course, we also want to work with kindness and empathy. So that’s where the name The Considered came from.

Med Ad News: Why do you think there is a tendency to kind of obfuscate with big words and big concepts that do not seem to have a root in reality?

David Hunt: Because it’s to protect the status quo. Everyone knows nine times out of 10, you get a pitch from an agency, there’s all the kind of bread and butter, blah blah blah, and then there’s the magic at the end, or the magic in the middle, wherever they want. And the magic is to retain the work. More often than not, the magic does not actually come to realization.

Let me tell you a story. So I’ve been doing this clubhouse, it’s brilliant, it’s called “Health.Reconsidered,” it chats with people from around the world, for half an hour, with good friends, different people from across healthcare. And one of them is Kristof [Vanfraechem, CEO, Data for Patients], brilliant guy. So I’m talking about the creative world to him in this clubhouse, and we’re having a really good discussion. And I’ve got this expression, loads of people use it, “the sizzle on the sausage.” And if you think about right here, right now, there are agencies all around the world, and whether it’s physical or virtual, they’re in war rooms, preparing for a pitch. Everyone in the room is going, “We need a bigger, and we need a better, idea.” And that really takes your business because you want to be the biggest, the best, and you want to capture the imagination. So I am chatting to Kristof, and he says, “You’re always trying to shoot for the moon, but what I find patients just want is a telescope – what they don’t want is the biggest, and the best, and the most sizzling sausage. What about they just want is the thing that brings them the most value.” That for me was like shining a light – I basically spent the last 10 or 15 years trying to come up with some incredible ideas, when actually sometimes it could be the most simple thing that brings the most value to the physician and to the patient.

David Hunt: So for me, in terms of both patients and healthcare professionals, one of the byproducts of the pandemic is far greater use of technology and confidence with technology. The other thing I think is important is empathy, and just a miles better appreciation of the challenges faced by patients and their families, and also healthcare professionals, and the work they do and the challenges they face. So more than ever, how does that sense of empathy affect the stakeholders? When I look at the insight we’ve historically had to try and support people is really pretty shallow. And from the conversations I’ve been having with Health Reconsidered, I just think there’s underlying context and perspective that we really need to be more cognizant of, in terms of how we support patients and healthcare professionals. So first, first and foremost, I feel like we need more empathy, more consideration, more sorts of insight, to better understand the perspective. With that, I then think we can establish better trust. So if we look at society’s response to the vaccines, as an example, you know, it’s a perfect illustration of a breakdown in trust. And actually, it’s probably quite illustrative of as an industry that we need to do like a better job, in terms of building trust with the various stakeholders. I sometimes get frustrated when we talk about that, because I feel like the industry is asking for trust. And I think it’s just as important to kind of give trust in terms of treating people with respect. And what I think is if we can have that context, and we can establish the trust, then I believe that we can really start to bring value and support, whether that’s through education, whether that’s through products, or that’s through services, whether that’s through community endeavor, I think there’s a huge amount more we can do. What we have to go through is the process of context and perspective, establishing trust, and then with trust, having the right to partner and bring value.

Med Ad News: You were in the healthcare marketing space in Europe, and you have come to the United States where the healthcare system is very different and there are certain challenges inherent in it because of that. How do you think The Considered can address those challenges?

David Hunt: Nine-tenths, the majority, of The Considered is based in the U.S., all with the deep, deep heritage of working within the systems and living within the systems. So strategy and medical business or account management are all headquartered in the US. Creative, that’s where I think there’s a benefit from like really diverse thinking and diverse experience to try and drive success. From a personal point of view, most of my experience was Europe and also Asia. And one of the advantages of that is you learn about loads of different markets. And you learn about the success of those markets and the challenges and the ideas. And for me, it’s about me bringing all those different ideas and all those different sorts of ways of working, and trying to combine that with deep heritage and standing in the U.S. to try and do things in in a different way. The U.S. historically has been sort of heavily committed to the field force, and also heavily, heavily committed to media. Certainly outside of the U.S., there’s nowhere near the same use of media. And that means you have to be way, way, way more creative, or smarter or more innovative in terms of use of data, social, and content. So the way I’ve spent a lot of my career around the world, building brands and building relationships, is a real interest to the U.S. clients I work with, because what they can see is more contemporary, a more cost-effective way of reaching a broader audience, and building really strong relationships. So I’m hoping optimally The Considered combines brilliant, brilliant, U.S. leaders in pharma marketing and pharma advertising, with lots and lots of ideas from all around the world, which potentially offers new ways of thinking that can drive success for our U.S. clients.

Med Ad News: Certain agencies pride themselves on being dominant in certain therapeutic categories. Where do you see The Considered in that landscape? Are you going to be more of a generalist? Or do you see yourself more in rare diseases or something else? 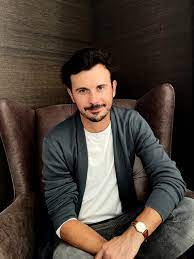 David Hunt: We don’t necessarily see ourselves replacing existing agencies as almost as much as complementing them. When you work in a really big agency, ultimately, it becomes almost like a production line. You’re under a lot of pressure. And I felt it myself, you’ve got a lot of projects to deliver in a very short time frame, with a lot of stakeholders, and every agency in the world, quite understaffed. That makes it really, really hard to come up with transformational ideas. That makes it really, really hard to actually really come up things with this sort of strategic and creative point of view, because you’re so embedded in terms of doing those core activities, and meeting timelines. I have kind of been there myself, you’re on this treadmill. So where we really see The Considered working is bringing in really, really kind of fresh thinking, fresh creative, particularly driving success in omnichannel, and behavior change. When we’ve been getting phone calls, so far, if your existing agency is doing a good job, but can’t solve a particular problem, give us a call. If you need something that’s going to really drive a competitive advantage, and really elevate success, again, give us a call. So we see ourselves more than being specific to a therapy, we want the challenges, and we want to solve those problems with best creative minds, headquartered in the U.S., and then from around the world.

Med Ad News: What are your goals in five years? Where would you like The Considered to be in terms of size or business scope?

David Hunt:  I’ve scaled the mountain, I’ve gotten to the top. Whether it’s a little bit of age, whether it’s because we are the top of the mountain, or whether it’s the pandemic, all these different things, where I want to be in five years’ time is happy, doing great work, surrounded by happy people, for happy partners. I have absolutely zero ambition at building an agency of 100, 200, 400, 500. If it happens, it happens. But my absolute priority is continuing to produce the highest, the most exciting, the most impactful, the most creative work in the industry, and I would say that that’s really my goal. That’s my ambition. And I’d love people to kind of follow behind that, you know, in seeing us doing something, they’ll say, yeah that’s a great idea, we’re gonna do it as well. So my ambition starts and stops with producing incredible work, by incredible people, and putting a smile on the face, both on our team and the partners we are working with.