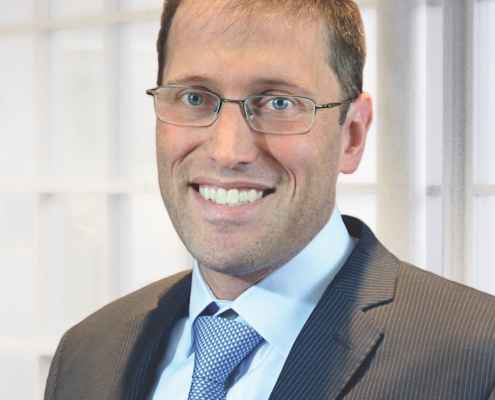 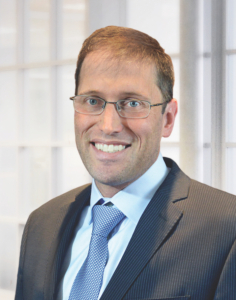 Abecma is a CAR-T (engineered T-cell from the patient) targeted to BCMA (B-cell Maturation Antigen). BCMA is found on the plasma cells that make up myeloma, and so targeting the T-cell to it, directs the T-cell to kill that cell. Abecma is the first CAR-T approved in multiple myeloma and we expect it will be incorporated by oncologists at least as readily as the CD19-directed CAR-T therapies approved for DLBCL (diffuse large B-cell lymphoma, another hematological cancer).

There are many late-stage BCMA targeted drug candidates however, and so we expect a lot of competition from them, not least of which is another CAR-T being developed by Legend Biotech and Janssen.

Med Ad News: What other promising medicines are on track to emerge from the bluebird bio pipeline and reach the marketplace?

David Nierengarten: Bluebird is also working on removing the clinical and commercial holds from Zynteglo/LentiGlobin, its gene therapy for beta-thalassemia and sickle cell disease. It has another gene therapy for cerebral adrenoleukodystrophy in late stage studies. In oncology, the company is developing another BCMA-directed CAR-T, bb21217, and has brought a TCR therapy for Merkel Cell Carcinoma into the clinic recently. It has other cell and TCR based therapies in preclinical development.

Med Ad News: What is the market potential of mavacamten, and will the drug’s anticipated regulatory approval justify Bristol Myers Squibb’s $13.1 billion acquisition of MyoKardia?

David Nierengarten: We think market expectations could turn out to be conservative for Cosela, as they exceeded our first quarter estimate out of the gate. We think the company still has a lot of prescribers to reach as Cosela was available for just four weeks as of the end of Q1, and so sales could surprise to the upside next quarter too.

Med Ad News: How is MacroGenics’ recently approved Margenzain being differentiated in the breast cancer marketplace?

David Nierengarten: It could provide a survival advantage in patients, with benefits more pronounced in the majority of patients who carry a certain genotype that responds better to the immune cell activation by the antibody.

David Nierengarten: I think investors are excited for the first sets of results for in vivo gene editing studies in patients with rare diseases.

Med Ad News: How is the “TD Spotlight” direct-to-consumer advertising campaign educating patients about tardive dyskinesia and the benefits of Ingrezza? What type of impact could a successful DTC campaign have for Ingrezza’s marketplace success? 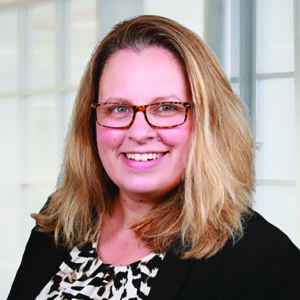 Laura Chico: The TD Spotlight DTC campaign represents a newer campaign so it would seem to be early days to gauge its true impact thus far. That being said, much of the TD market remains undiagnosed and with VMAT2 inhibitors like Ingrezza being recently incorporated into treatment guidance, we do see it as a good tool to encourage dialog between physicians and patients.

Med Ad News: What is the market potential for newly approved Empaveli as the first targeted C3 therapy for the treatment of adults with paroxysmal nocturnal hemoglobinuria (PNH)?

Laura Chico: For Soliris- or Ultomiris-refractory patients, we think Empaveli may be a relevant treatment option. However, given the limited size of the treated PNH population (~1,500 patients in the US) and the introduction of newer treatments like ALXN’s Ultomiris, we do think broader conversion to Empaveli may prove challenging.

Med Ad News: What is the current pipeline/regulatory status and market potential for BioMarin’s achondroplasia treatment vosoritide and hemophilia A product valoctocogene roxaparvovec?

Med Ad News: How is Global Blood Therapeutics transforming the SCD market, where therapeutic innovation and access to care has significantly lagged?

Liana Moussatos: Global Blood has developed a pipeline of sickle cell products starting with OXBRYTA which is the first disease modifying treatment which is efficacious and has a tolerable side effect profile.

Med Ad News: How is the launch progressing for Tyvaso for the treatment of pulmonary hypertension associated with interstitial lung disease? What other indications is the medicine being studied for?

Liana Moussatos: United Tx does not separate Tyvaso sales by indication so we don’t have specific numbers for PH-ILD and PAH. Recall on April 1, the company announced FDA

approval and launch of Tyvaso in patients with PH-ILD (Please refer to our April 19, 2021 research report for additional details). The Company anticipates a quick Tyvaso PH-ILD uptake (Management expects to double the number of patients within two years of launch). We currently forecast WW net revenue of $547 million in 2026. The company initiated commercial efforts shortly after approval and we look forward to updates in the coming months.

Med Ad News: What is the status and potential outlook for Sangamo’s hemophilia A medicine SB-525/giroctocogene fitelparvovec in partnership with Pfizer?

Liana Moussatos: There are multiple gene therapy cures being developed for rare diseases. BioMarin has Roctavian for hemophilia A and one for PKU.