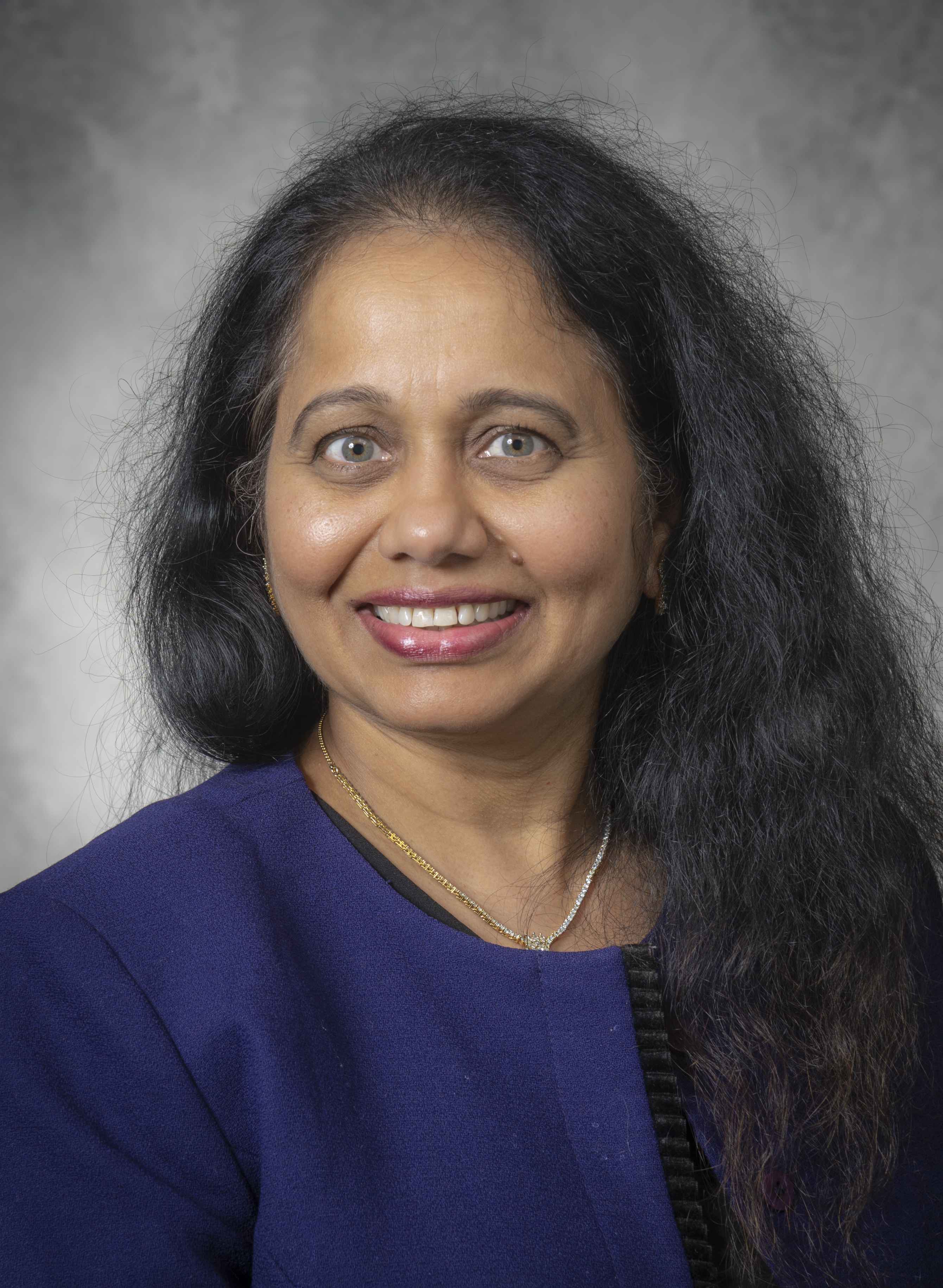 American consumers are often surprised to learn about the drugs prescribed to them. For instance, many people are taken aback to learn that more than 90% of the medicines prescribed by doctors in the United States are generics. 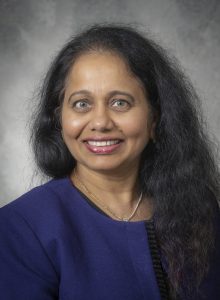 Even more surprising is the fact that more than a third of these drugs were likely manufactured in India. This country’s ability to produce affordable, generic drugs has led to its reputation of being the “pharmacy of the world.” By export volume, India is currently the largest provider of generic medicines globally, supplying 18% of global generic medicines.

It stands to reason that when the media raises concerns about the safety and scope of imported generic medicines, consumers question the quality of medicines essential to their health. Recent stories have depicted an industry fraught with quality issues. These concerns raise fears among patients that taking drugs made in India may result in unpredictable effects.

Fortunately, the reality is that the generic medicines manufactured in India are as safe and efficacious as those made in the United States.

In the past few years, expectations of regulatory organizations around the world have increased. With the number of companies and manufacturing facilities supplying to the regulated market growing fast, it is natural that the agencies are intensifying their efforts. Because more than half of India’s pharmaceutical exports are to highly regulated markets such as the United States, Indian manufacturers must comply with strict United States Food and Drug Administration (FDA) guidelines that include regular and rigorous inspections to ensure compliance.

What’s more, Indian manufacturers are being audited by inspectors from every market they export to—Germany, South Korea, Japan, Brazil, to name a few—who regularly visit and evaluate Indian pharmaceutical factories. Indian pharmaceutical companies always work hard to comply with the requirements of these countries’ regulatory agencies to ensure compliance across markets.

In response to this growing regulatory environment, pharmaceutical companies in India continue to strengthen their processes, while improving automation, operating procedures, and quality management systems. This includes vigorously efficient quality control and quality assurance systems alongside training programs and workshops, building an omnipresent culture of quality. The result is a focus on quality that starts at a shop-floor level for machine operators, ensuring compliance from the ground up.

Because of these actions, FDA inspection outcomes have not only improved, but are in line with global outcomes. In addressing media reports questioning the quality of Indian products, former FDA Commissioner Scott Gottlieb said, “…the FDA labs tested 323 products from around the world—including more than 100 from India—to determine if foreign manufacturers had a higher incidence of product failure. All 323 samples met US market quality standards using testing standards set by the United States Pharmacopeia (USP) or submitted in marketing applications.” Supporting this effort is Commissioner Gottlieb’s statement reinforcing “the agency’s global efforts to help assure product quality and transparency at foreign drug manufacturing facilities”—a testimony to the product quality and equal treatment met by Indian-produced generic drugs compared to those produced in the United States.

Accountability is also intrinsic to this focus on quality. Consider that the receipt of an FDA “warning letter” often results in staff changes at the most senior levels of leadership at Indian generic companies. This accountability occurs even in incidences where the FDA has come down hard on companies for even the smallest of deviations.

Upon evaluation of these facts, it is morally imperative to respond to the current negative media portrayal of Indian generic companies in the United States. It can be argued that it is unreasonable and unwarranted to cast aspersions on an entire country’s pharmaceutical sector based on one-off incidents, rather than solid science, while disregarding the immense value it brings to healthcare across the world. This approach ultimately benefits no one, least of all the patients who need access to effective and affordable medicines.

So, what needs to be done beyond the practical steps being taken by Indian generic manufacturers to embrace a culture of quality? Importantly, beyond presenting an evidence-based case that generics manufactured in India are efficacious and safe, we must also demonstrate the enormous good these drugs provide to consumers.

For example, Indian generic manufacturers play a critical role in bringing new, safe, affordable drugs to US consumers. In 2018 alone, the FDA approved a record 741 generic drugs with Indian companies, accounting for nearly 50% of the approvals. (Indian companies received a total of 415 product approvals in 2018 and 73 tentative approvals.)

Consider that the Indian pharmaceutical industry has significantly reduced the burden on the US public health system by making much needed medicines affordable and readily available. Every third tablet sold in the United States comes from India. Generic drugs savings totaled $292.6 billion (USD) in 2018, according to the AAM Access & Savings Report (2019). Of this, an estimated savings totaling $80 billion (USD) in 2017 can be attributed to the contributions from Indian generic companies.

The reach of generics goes beyond the Unites States. According to an Indian Brand Equity Foundation report, the Indian pharmaceutical sector meets 60% of vaccines demand globally, 40% of generics demand in the United States, 50% of generics in the United Kingdom, and 25% of all medicines in the United Kingdom. Additionally, Indian-manufactured drugs account for 30% of UNICEF’s annual supply globally and about 60% to 80% of the United Nations’ purchases of drugs. India contributes approximately 57% of active pharmaceutical ingredients and 69% of finished pharmaceutical product to the respective prequalified lists of the World Health Organization. In fact, Indian pharma exports to about 200 countries globally making it one of the largest export sectors.

A focus on innovation and affordability has also given patients across the globe access to the most complex medicines, while maintaining consistent global quality standards. By remaining committed to science and innovation, these medicines are addressing the unmet needs of patients. Encouragingly, there has also been an increase in filings of complex generics and work on niche products and biosimilars.

In fact, Indian pharmaceutical companies are now also becoming a key source of medicine for the rest of the developing world. Of note, they are playing a pivotal role in bringing down the price of lifesaving, antiretroviral drugs that have helped contain the AIDS epidemic.

The global demand for medication from India will continue to go up. India’s share of the US generic market is growing rapidly, and the number of companies and manufacturing facilities supplying to the US market is growing fast. The focus on growing regulatory requirements, improved healthcare infrastructure, and surge in research and development spend bodes well for the pharma industry.

This growth is not exclusive to India. Indian generic manufacturers are also producing in the United States and in other countries whenever necessary. The Indian Pharmaceutical Alliance (IPA) represents 23 research-based national pharmaceutical companies focused on patient health and safety with a commitment to provide quality drugs to patients throughout the world.

To drive forward this commitment to provide safe and quality drugs, IPA companies have undertaken several focused steps towards excellence in quality. Over the past 4 years, IPA has worked to

Furthermore, between 2012 and 2016, IPA companies contributed $161 million to generic-drug user fees, thereby contributing more than half of the revenue under the Generic Drug User Fee Amendments, which enables the FDA to bring greater predictability and timeliness to the review of generic drug applications, as well as helps to fund the inspection of generic plants.

The footprint of the IPA in the United States is likely larger than many may realize. The 16 IPA companies that have locations in the United States span 20 states and 60 geographic presences. In total, this represents a combined investment of $4 million (USD) and a 5-year growth of 300%. What’s more, these facilities employ nearly 5000 employees, empowering communities from coast to coast.

Indian companies will continue to expand globally, enriching their manufacturing capabilities to meet the growing demand in the world. The future will see a major role in global healthcare by Indian pharma, not only in making medicines affordable, but also in strengthening India’s position as a global hub for making innovative and high-quality medicines.

By making bolder strategic moves in uncharted geographies, products, and technologies, Indian generic manufacturers seek to reclaim their position as a world-class provider of affordable, high-quality drugs. Ensuring we communicate this vision and quality-centric focus will be essential to the bright future between manufacturers and those who rely on these medicines.

After all, a clear understanding of our record of accomplishment and emphasis on quality supports the ongoing efforts of Indian generic manufacturers to provide quality solutions that ultimately benefit consumers across the globe. Doing so will ensure that even if a customer does not realize they are taking a medicine made in India, they can rest assured it is safe and efficacious.