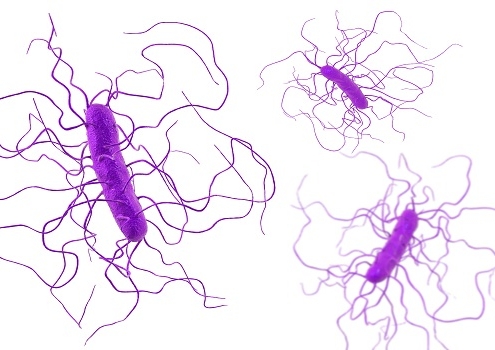 C. diff is a bacterium causing diarrhea and colitis. It is linked to about half a million illnesses in the U.S. every year and can lead to severe complications, including hospitalization, surgery and death. Standard of care treatment is antibiotics, but they are also the primary risk factor for disease recurrence, which happens in about 15 to 20% of patients. It is most common in people over the age of 65 and is a common factor in deaths in nursing homes.

“C. diff infection is a significant public health threat that has limited treatment options,” said Per Falk, Ferring’s president and chief science officer. “These positive preliminary findings represent a major step forward towards bringing an innovative, non-antibiotic option to patients that may help restore their gut microbiome. With health systems under increasing pressure due to viruses like COVID-19 and the rising threat of antimicrobial resistance, the need for new therapies is greater than ever. We believe the power of the microbiome has great potential and we look forward to bringing RBX2660 to patients soon.”

RBX2660 is an investigational formulation of a first-in-class microbiota-based therapy. The microbiome is the trillions of microorganisms that inhabit the body—bacteria, viruses, and fungi. Increasingly, the microbiome is being found to be involved in numerous disease states, not just gastrointestinal disorders. But the microbiome can be severely disrupted not only by disease, but by antibiotics used to treat the diseases.

RBX2660 has been granted Fast Track, Orphan, and Breakthrough Therapy designations from the U.S. Food and Drug Administration (FDA).

PUNCH CD3 is the ongoing pivotal Phase III trial of RBX2660. It is a randomized, multicenter, double-blinded, placebo-controlled study. The companies note that the trial also incorporates a safety assessment to follow patients for several months after receiving the drug. The full data is anticipated in the second half of this year.

“Since founding Rebiotix in 2011, our mission has been to harness the power of the microbiome to treat complex diseases,” said Lee Jones, chief executive officer and founder of Rebiotix, a Ferring company. “Our first goal was to address C. diff, which poses a significant health threat to thousands worldwide every year. The positive preliminary data on the primary efficacy endpoint are a major steppingstone for the RBX2660 development program, bringing us closer to an approved microbiome therapy available for healthcare providers to help patients. As a first-in-class, potentially paradigm-changing technology, we look forward to discussing our final data with the FDA in the latter part of this year.”

RBX2660 is derived from fecal samples, frozen, and delivered to patients via an enema. The 270-patient placebo-controlled trial met the primary goal, the percentage of patients receiving the therapy to prevent recurrent C. diff in eight weeks compared to those receiving the placebo.

Coronavirus Transmission: Where the Virus Goes in the Body and How SARS-CoV-2...
Scroll to top