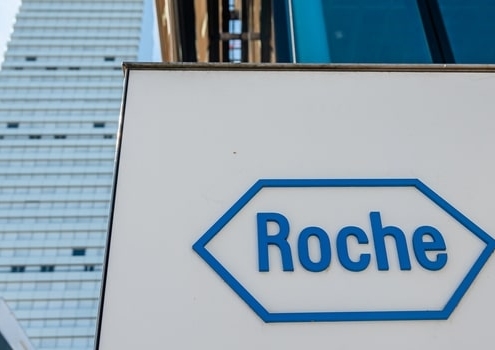 The shares of Utah-based Recursion were climbing this morning after the company announced that it entered into a “transformational collaboration” with Swiss pharma giant Roche valued in the billions of dollars to identify and develop up to 40 new medications for neuroscience and oncology.

Recursion received a $150 million upfront payment from the parent company of Bay Area-based Genentech to harness the company’s Recursion Operating System (Recursion OS) and develop new assets for these areas of indication. The companies anticipate that the collaboration could initiate up to 40 different drug development programs to bring another $300 million per asset.

Recursion OS is an integrated, multi-faceted system designed to generate, analyze, and derive insight from massive proprietary biological and chemical datasets. The system brings together both wet-lab and dry-lab biology at a scale that can accelerate drug discovery. Recursion said the OS would be “deployed to phenomically capture chemical and genetic perturbations in neuroscience-related cell types and select cancer cell lines,” which will then be turned into mathematical representations of biology that can be used to identify new biological relationships for therapeutic programs. Once that is done, the data will be paired with new machine-learning algorithms to create highly granular human cellular biology maps.

Also key for the company is its Recursion Map, a suite of custom software, algorithms, and machine-learning tools the company uses to “explore foundational biology unconstrained by human bias and navigate to new biological insights,” which may accelerate Recursion’s programs. 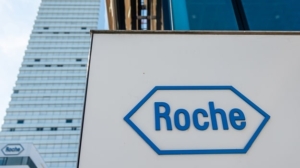 Recursion Chief Executive Officer Chris Gibson, Ph.D., expressed his excitement at blazing a trail in technology-enabled drug discovery. He said the company and its partners are pursuing some of the most intractable areas of biology.

“We are excited to partner with Roche and Genentech to bring Recursion’s leading-edge, tech-enabled drug discovery platform, the Recursion OS, to bear against some of the most complex diseases impacting humanity,” said Gibson, who also co-founded Recursion.

Dr. James Sabry, Roche’s Global Head of Pharma Partnering, also expressed his excitement about the partnership and its potential to drug discovery. Sabry said the collaboration “highlights the potential of technology to transform drug discovery and unlock previously unknown insights into complex disease in an unbiased way.” He added that the partnership would advance the development of medicines at scale.

With the significant scale of developing up to 40 new programs, the partnership between the companies is anticipated to last for at least 10 years, if not longer.

Recursion noted in its announcement that its programs in oncology or neuroscience that are under development are not part of the collaboration and will continue to be developed independently of the partnership. Recursion has four programs in mid-stage development. The company is assessing assets against indications in familial adenomatous polyposis, GM2 gangliosidosis, neurofibromatosis type 2, and cerebral cavernous malformation.

The partnership with Roche comes about eight months after the company scored more than $300 million in its initial public offering. Last year, the company raised $239 million in a Series D financing round.