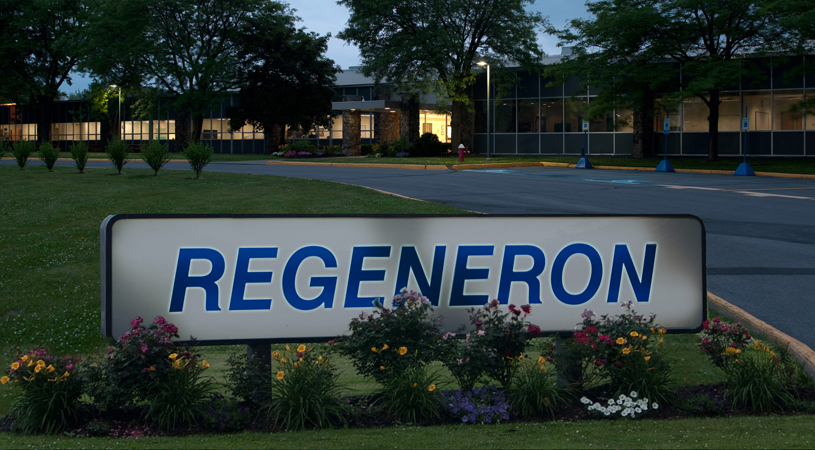 (Reuters) – Patients are asking to join clinical trials of antibody-based COVID-19 drugs after U.S. President Donald Trump was treated last week with an experimental therapy from Regeneron Pharmaceuticals Inc, and on Wednesday he promised to make it free to Americans while touting its benefits.

Medical experts said more data is needed to assess the treatment’s efficacy before wider use should be allowed.

Trump was discharged from the hospital late on Monday, just a few days after being diagnosed with COVID-19 that caused enough lung inflammation for blood oxygen levels to fall.

According to his doctor, blood tests on Monday detected infection-fighting antibodies, which a Regeneron spokesperson said were probably from the treatment.

The company said on Wednesday that it has submitted a request to the U.S. Food and Drug Administration for an emergency use authorization (EUA) for its antibody combination.

In a video shot outside the White House, Trump credited the Regeneron therapy for his feeling much better than when he was first diagnosed and said he would push for EUAs of that treatment and others like it. He mistakenly said the drug was called Regeneron.

Regeneron’s drug is a cocktail of two monoclonal antibodies – manufactured copies of antibodies that are one of the main weapons the immune system generates to fight infections.

The company so far has released some early data pointing to the promise of its therapy for COVID-19, and doctors were concerned Trump’s treatment and subsequent promotion could put pressure on regulators

Dr. Gary Kleiner, a pediatric immunologist at the University of Miami Miller School of Medicine and investigator in a trial designed to see if Regeneron’s antibodies can prevent coronavirus infection, said he has been approached by patients seeking the drug since last week.

He was cautious about broader use without more data.

“All we have seen are very brief press releases … so there is not much to go on,” he said.

“The politics of the situation would suggest to me that the story could be Trump gets COVID … then American technology fostered by the Trump Administration cures COVID,” Sostman added. “I would think there would be pressure on regulators.”

Top U.S. infectious disease expert Dr. Anthony Fauci, speaking on Monday on CNN, said he was “strongly suspicious” that Regeneron’s drug has contributed to Trump’s progress. “Obviously you can’t prove that until you do a number of studies to show that it actually works,” he said.

Doctors emphasized that the timeline for Trump’s illness was not entirely clear. “If he is responding at a pace where he is truly much better, it is going to be due to the antibodies,” said Dr. Edward Jones-Lopez, infectious disease specialist at the University of Southern California Keck School of Medicine in Los Angeles.

Giving the treatment to the president seems “a tacit endorsement by the federal medical bureaucracy for Regeneron’s medicine, and we expect an EUA for the treatment of COVID in a matter of days,” Leerink analyst Geoffrey Porges said in a research note.

“Patients most likely to benefit from this treatment have a similar profile to President Trump, in that they had undetectable antibodies at baseline and were early in the course of disease,” Regeneron spokeswoman Alexandra Bowie said in an emailed statement.

Regeneron has received $450 million from the U.S. government for up to 300,000 doses of the dual-antibody cocktail, and the company has said those supplies would be distributed free of charge.

Eli Lilly on Wednesday said a mid-stage trial testing its combination antibody therapy showed that it helped cut hospitalization and emergency room visits for COVID-19 patients and that it also planned to seek an EUA.