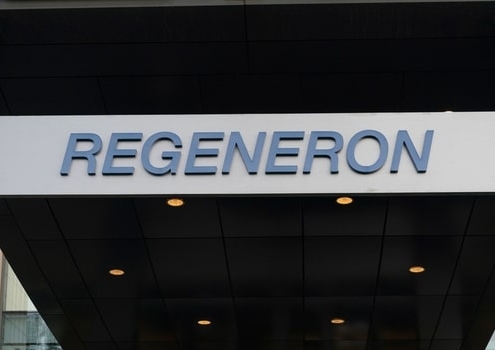 Despite the loss of its COVID-19 antibody, REGEN-COV, earlier this year, Regeneron posted a positive first quarter driven primarily by sales of Dupixent and Eylea.

In January, the U.S. Food and Drug Administration limited the use of REGEN-COV due to its limited efficacy against the Omicron variant of the SARS-CoV-2 virus that was surging across the nation. With REGEN-COV pulled from usage, Regeneron earned no revenue from the monoclonal antibody during the first three months of the year. Since it was first authorized for use two years ago, the monoclonal antibody has served as a vital revenue source for Tarrytown, N.Y.-based Regeneron.

Although REGEN-COV has seen its use limited, the company had hoped the monoclonal antibody could be used as a prophylaxis in certain individuals or non-hospitalized patients. However, last month the FDA extended the review of a Biologics License Application for REGEN-COV for these indications. The extension was due to additional data Regeneron submitted to the FDA on pre-exposure prophylactic use. The FDA determined that these additional data constituted a major amendment to the BLA and provided a new target action date of July 13. Regeneron will also continue assessing next-generation antibodies in the clinic against multiple COVID-19 variants, including those of the Omicron lineage.

Overall, first-quarter revenues increased to $2.97 billion, with Eylea generating $1.52 billion, an 11% growth, and Dupixent bringing in $1.81 billion, an increase of 43% over the same quarter last year. Dupixent revenues are shared with Sanofi.

Leonard S. Schleifer, president and chief executive officer of Regeneron, touted the sales growth of the two drugs. He also pointed to the expanded use of Dupixent in Europe. During the quarter, the biologic was approved for use in children with severe asthma ages 6 to 11 and was also granted priority review by the FDA for children ages six months to 5 years who have atopic dermatitis and eosinophilic esophagitis in adolescents 12 and older.

“Regeneron is off to a strong start in 2022. We are well-positioned to reach even more patients with type 2 inflammatory disease through FDA priority review designations for Dupixent in children with atopic dermatitis and in adults and adolescents with eosinophilic esophagitis,” Schleifer said Wednesday morning.

Earlier this year, Regeneron submitted a supplemental BLA for Elyea for an every-16-weeks dosing regimen in patients with non-proliferative diabetic retinopathy. During a conference call this morning, Schleifer said the company believes that Eylea continues to strengthen its leadership position as a treatment for multiple ocular disorders and believes that diabetic eye disease will remain a strong area of growth for the drug. The company also sees other sites where Eylea has the potential to become a preferred medicine.

In February, Regeneron and Sanofi posted data from a study of Dupixent in patients with chronic spontaneous urticarial. The study was in patients that had previously reported positive results from the first trial in biologic-naïve patients not previously treated with omalizumab. Data from the study showed Dupixent significantly reduced itch and hives compared to standard-of-care antihistamines alone. A second study in patients who are refractory to omalizumab was halted due to futility. 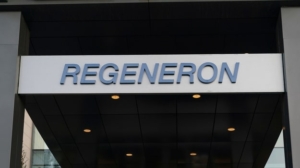 Across its pipeline, Regeneron has approximately 35 product candidates in clinical development. Other assets in development include fianlimab, an antibody to LAG-3 that is currently in Phase III development, and odronextamab, a CD20xCD3 bispecific antibody, which was recently granted Fast Track designation for follicular lymphoma and diffuse large B-cell lymphoma.

Other key highlights for Regeneron during the first quarter include its April acquisition of Checkmate Pharmaceuticals for $250 million. The deal is expected to provide Regeneron with a broad portfolio of diverse immune-oncology candidates.

At the center of the deal was Checkmate’s investigational immune activator, vidutolimod, an advanced generation CpG-A oligodeoxynucleotide Toll-like receptor 9 agonist. Vidutolimod is currently being assessed in melanoma, non-melanoma skin cancers and head and neck cancer. Regeneron anticipates the acquisition to be completed later this year.