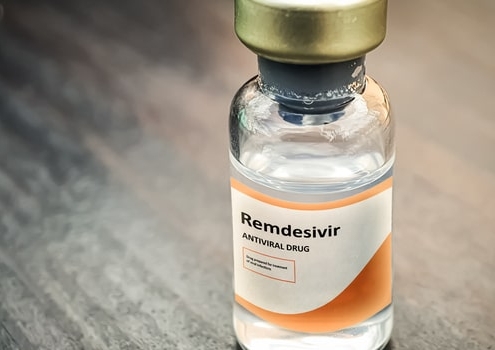 Gilead Sciences reported additional data from its Phase III SIMPLE-Severe trial and a real-world retrospective group of patients with severe COVID-19. The trial and study data were for its antiviral drug remdesivir, currently the only approved drug to treat the disease.

In the analysis, remdesivir was linked to improved clinical recovery as well as a 62% decrease in the risk of death compared to standard of care. The company notes that it is an important finding that needs to be confirmed in future clinical trials.

Also, the company conducted separate subgroup analyses from the Phase III SIMPLE-Severe trial, including studying its safety and efficacy across different racial and ethnic patients in the U.S. That analysis indicated that these subgroups had similar clinical results as the overall patient population.

In addition, Gilead presented new data from its compassionate use program, which is to say, use of remdesivir in COVID-19 patients outside the parameters of a controlled clinical trial. In that data, 83% of pediatric patients with a broad range of disease severity recovered by the 28th day. Also, 92% of pregnant and postpartum women recovered in the same time frame. No new safety issues were observed.

“We are working to broaden our understanding of the full utility of remdesivir,” said Merdad Parsey, Gilead’s chief medical officer. “To address the urgency of the continuing pandemic, we are sharing data with the research community as quickly as possible with the goal of providing transparent and timely updates on new developments with remdesivir. These data presented at the Virtual COVID-19 Conference shed light on the use of remdesivir in specific patient populations, including those that may be susceptible to higher rates of COVID-19 infection, as well as others that are particularly vulnerable, including children and pregnant and postpartum women.”

As mentioned above, remdesivir was linked with significantly improved clinical recovery and a 62% decrease in the risk of death. In the comparative data, 74.4% of patients receiving remdesivir recovered by Day 14 compared to 59% receiving standard of care. Recovery was defined as improvement in clinical status based on a 7-point scale.

“This comparative analysis provides valuable additional information regarding the benefit of remdesivir compared with standard of care alone,” said Susan Olender, Columbia University Irving Medical Center. “While not as vigorous as a randomized controlled trial, this analysis importantly draws from a real-world setting and serves as an important adjunct to clinical trial data, adding to our collective understanding of this virus and reflecting the extraordinary pace of the ongoing pandemic.” 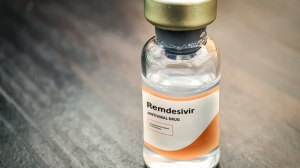 The compassionate use analysis looked at 77 pediatric patients, finding that by Day 28, 73% were discharged from the hospital. By the 28th day, 12% were still hospitalized, but on ambient air and 4% had died. Of 39 children who required mechanical ventilation at baseline, 80% recovered. Of the 38 who did not require ventilation, 87% recovered.

On June 18, Gilead announced plans to run a Phase II/III trial of remdesivir in about 50 children with moderate-to-severe COVID-19, including newborns through adolescents. It will run at more than 30 locations in the U.S. and Europe.

Currently, remdesivir is dosed via intravenous daily infusions. On June 22, the company reported the FDA had given it approval to initiate clinical trials of an inhaled version of the drug. It expects to begin in August. If it works, the drug could be given to patients using a nebulizer, which would allow for easier dosing outside the hospital and potentially in earlier stages of the disease.

Covid-19 vaccine expected to be ready for approval by year end: WSJ
Scroll to top