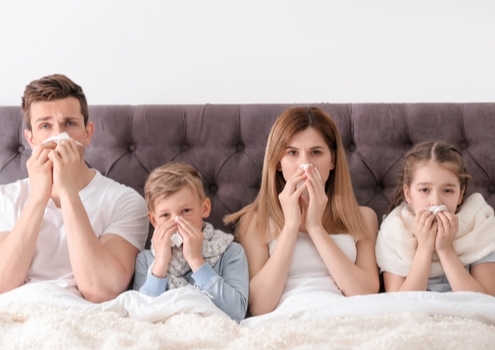 Report: Amazon Working on a Top-Secret Project to Cure the Common Cold

Amazon has a skunkworks project—a small, loosely structured project—called Project Gesundheit, which until recently was top secret. This multi-year project, including more than 100 people, is focused on finding a cure for the common cold.

This project is out of Amazon’s Grand Challenge, a research-and-development division under its cloud division, AWS. The idea is to develop a vaccine for the common cold.

The Grand Challenge’s mandate is finding solutions to big problems. It is also sometimes called “1492,” and is led by Babak Parviz, who earlier worked at Alphabet’s R&D unit, Google X.

CNBC notes that Amazon’s Grand Challenge is an attempt to build its next big business internally instead of facing challenges by outside competitors and market forces. The focus isn’t just health care, although it is a major area of interest because the market opportunity is so significant. In the U.S. alone, health care is a $3.5 trillion market.

Approximately 75% of colds are caused by rhinoviruses, but there are 160 different known strains of rhinovirus.

Greg Yap, a health-focused investor with Menlo Ventures, told CNBC, “The prevailing wisdom is that it’s impossible because there are so many different viruses that cause the common cold.”

Other industry experts say its plausible, but in order to generate profits, would have to be highly targeted.

“Yes, we can certainly develop better treatments,” Mike Pellini told CNBC. Pellini is a venture capitalist with Section 32. “But the biggest challenge is that the drug has to have almost zero side effects.” That’s because in most cases, people recover from the cold in a week or two. “There’s also a major question of whether insurance would pay for it, like they do with the influenza vaccine.”

Although if it were affordable enough, you would think people would be highly interested. But maybe not. As the coronavirus outbreak is underlining, there’s an annual flu vaccine available every year, but only about 50% of people actually get it.

Researchers at Stanford University and the University of California are also working on treatments for the cold. Their approach is to temporarily disable a protein inside cells. Funding for that project is partially from the Chan Zuckerberg Biohub, founded by Facebook founder Mark Zuckerberg and his wife, physician Priscilla Chan, who also provided funds.

This group believes they are very close to a cure for the common cold, at least according to a Stanford Medicine blog post from September 2019. A group led by Jan Carette published research in the journal Nature Microbiology outlining their work that same month.

Although colds, or what are also dubbed noninfluenza-related upper respiratory infections, are more of a nuisance than a major health problem, it does cost the U.S. economy about $40 billion a year. Of course, there are other potential benefits.

Rhinoviruses belong to a genus known as enterovirus. One of the best known and most feared enteroviruses is poliovirus. Polio is a disease that largely disappeared after the advent of a vaccine in the 1950s, but it used to cause thousands of cases of paralysis and death of children each year in the U.S. alone. Another form of enterovirus, EV-D68, which has been connected to a polio-like disease called acute flaccid myelitis (AML) has cropped up since 2014 in the U.S. and Europe. Other enteroviruses can cause encephalitis and myocarditis.

At the time, Carette said, “This gives us hope that we can develop a drug with broad antiviral activity against not only the common cold but maybe all enteroviruses.”

Amazon has not publicly acknowledged its work in this area, or for that matter, really, any of the Grand Challenge projects.