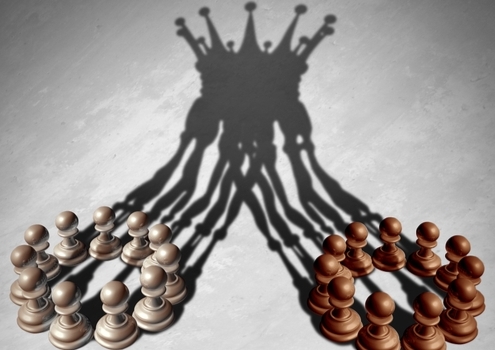 Shares of Gilead Sciences jumped in pre-market trading this weekend following reports that the company has been approached by U.K. pharma giant AstraZeneca regarding a potential merger.

First reported by Bloomberg, AstraZeneca and Gilead have allegedly only had discussions about a potential combining of companies. The talks began in May, but it is unknown how far they may have gotten. Neither company provided commentary to any news agency regarding the potential tie-up. An unnamed person “familiar with the matter” told Bloomberg that no specific terms had been laid out and that Gilead Sciences has discussed the idea with advisers. The source noted that California-based Gilead Sciences is not looking to merge at the moment, preferring to focus on smaller acquisitions and partnerships in order to advance its pipeline. In May, Gilead Sciences and Arcus Biosciences entered into a 10-year pact to develop immuno-oncology drugs. The deal included a $200 million equity investment by Gilead into Arcus. That developmental partnership followed its $4.9 billion acquisition of IO-focused Forty Seven in March. Forty Seven and AstraZeneca teamed up in 2019 to develop an oncology program for non-Hodgkin’s lymphoma. AstraZeneca told Bloomberg that the company does not comment on rumors or speculations.

At this point, it is unknown if the discussion will gain any traction, and the source added that Gilead Sciences and AstraZeneca are not in formal discussions at this point – publicly or secretly. If the two companies combined, the result would be the largest healthcare deal on record, creating a combined company valued at about $250 billion. A combination of AstraZeneca and Gilead Sciences would surpass last year’s biggest mergers of Bristol Myers Squibb and Celgene and AbbVie and Allergan.

Analysts for UBS told CNN that there is no immediate pipeline rationale for AstraZeneca to combine with Gilead Sciences. The two companies have different products and strategies, the analysts said. However, one thing Gilead does have that AstraZeneca does not is a significant amount of cash on hand. The analyst told CNN that AstraZeneca could be seeing Gilead’s cash as a potential way to fund dividend payments.

CNBC’s David Faber issued a report this morning that seemed to quell the rumors, suggesting that nothing is going on in the way of a potential merger between the companies. Citing U.K. takeover rules, Faber said AstraZeneca would be required by law to disclose any potential merger and acquisitions it was conducting. The company has not done so, he said.

“I think it is safe to say there is not anything going on between these two companies,” Faber said.

One thing is clear, if AstraZeneca and Gilead Sciences were to merge, it would combine two of the largest companies fighting the battle against the COVID-19 pandemic. Gilead Sciences secured approval under the U.S. Food and Drug Administration’s Emergency Use Authorization for its antiviral drug remdesivir as a treatment for severely-ill COVID-19 and recent studies have shown the drug provides some benefit for patients with moderate symptoms. AstraZeneca has been focused on the development of a potential vaccine against the disease. The company has been working with the Jenner Institute of Oxford University and last week announced a commitment to having 2 billion doses of the as-of-yet unproven medication known as AZD1222 by the end of the year. AstraZeneca was named one of the five finalists for the U.S. government’s Operation Warp Speed, a program aimed at speeding along the development of a vaccine against the novel coronavirus. AstraZeneca and The Jenner Institute’s development plans have been bolstered by a $1 billion grant from the U.S. Biomedical Advanced Research and Development Authority (BARDA).

Good care Tactics To Attempt Above The Holiday seasons To Avoid Seasons Str...
Scroll to top