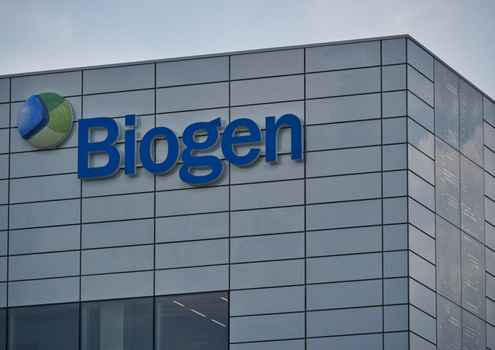 The agency’s acting commissioner, Janet Woodcock, has requested the independent Office of the Inspector General to investigate how the FDA and Biogen representatives interacted before the approval. Also, the House Committee on Oversight and Reform announced plans to investigate the approval and pricing of Aduhelm. There are concerns that with the $56,000 price tag, and most of the millions of potential patients for the drug on Medicare, it could bankrupt the program.

At least six affiliates of Blue Cross and Blue Shield likely won’t cover the drug. The affiliates are in Florida, New York, Michigan, North Carolina, and Pennsylvania. They have indicated in postings online that they will not cover the drug because they consider it “investigational” or “experimental” or because “a clinical benefit has not been established.”

It’s common for biopharma companies to publish peer-reviewed clinical trial data ahead of FDA approval. Biogen, in the case of Aduhelm, has yet to do so although they have presented data at conferences, including this week at the Alzheimer’s Association International Conference (AAIC) being held this week in Denver, Colo. and virtually. 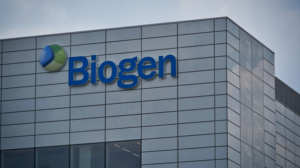 Axios asked Biogen about the JAMA submission, and the company’s response was, “JAMA did not reject the publication. Biogen withdrew the publication from JAMA and decided to pursue other publication opportunities.”

In a follow-up statement, Biogen said, “To protect the integrity of the scientific review process, Biogen does not comment on publication deliberations with journals and their editors.”

Scott Emerson, a University of Washington biostatistician and member of the FDA advisory committee that voted against approval of the drug, stated last month, “I suspect [Biogen] is reluctant to have the full data undergo the greater scrutiny that the peer review process would provide.”

A JAMA spokesperson told Axios, “Our policy is that we can neither confirm nor deny that a manuscript is or has been under consideration.”

Biogen and its development partner Eisai presented four posters regarding Aduhelm clinical trials at AAIC this week. One of the posters presented item-level data from the EMERGE Phase III trial, meaning that it was looking at data on individual domains that made up the trial’s pre-specified endpoints of cognition, function, and behavior. Two additional posters described subgroup analyses of the amyloid PET substudies from EMERGE and ENGAGE and considerations of real-world management of amyloid-related imaging abnormalities (ARIA) from EMERGE and ENGAGE in patients on the high-dose (10 mg/kg) of aducanumab.

It is unknown if the data presented was part of the study submitted to JAMA although it is possible.

In the face of the controversy and slow uptake of the drug, the company has launched an educational marketing campaign targeting the consumer although it has brought controversy as well. Biogen also issued an open letter to the Alzheimer’s disease community from Alfred Sandrock Jr., M.D., Ph.D., the company’s head of Research and Development, which is an attempt to push back against negative media attention.

The website has a six-question survey for patients, but critics argue that the questions about forgetfulness are very general and the site, regardless of answers to the questions, recommends people consult with their physicians.

Adriane Fugh-Berman, a pharmacology professor at Georgetown University Medical Center, wrote an op-ed in The Baltimore Sun, stating, “It’s particularly egregious because they are trying to convince people with either normal memories or normal age-related decline that they are ill and they need a drug.”

GSK Posts Strong Q2 Ahead of 2022 Demerger
Scroll to top