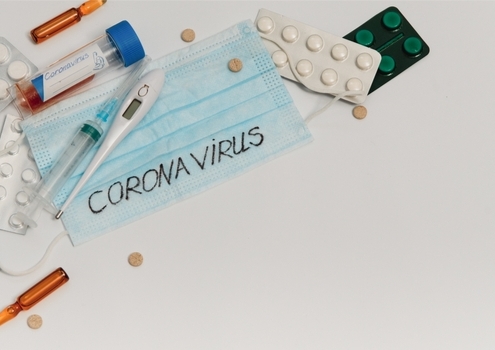 As the coronavirus outbreak (COVID-19) continues, there are new reports of cases in Europe and Iran. The latest report from China’s National Health Commission (NHC) cites 409 new confirmed cases today, bringing the total of confirmed cases to 77,150. Perhaps promising, it is the fifth day in a row where they reported fewer than 1,000 new cases. However, the agency reported 150 new deaths, bringing the total deaths from COVID-19 on mainland China to 2,592.

The U.S. Food and Drug Administration (FDA) is compiling a list of drugs that are at risk of shortage if the outbreak in China continues to worsen. There are indications that about 150 prescription drugs could be affected, ranging from antibiotics to generic drugs, with potentially some branded drugs.

Because China is a major supplier of ingredients used to manufacture many drugs sold in the U.S., this could have a major ripple effect in the U.S. and around the world.

Although the FDA has not commented directly on the list, in a statement the agency said that it’s “keenly aware that the outbreak could impact the medical product supply chain,” and as a result, is shifting some resources toward identifying possible vulnerability to U.S. medical products that could come out of that.

Reportedly the FDA is in touch with hundreds of drug and medical device manufacturers and is coordinating with other global regulators, like the European Medicines Agency. The agency notes that no vaccines, gene therapies or blood derivatives the FDA licenses are manufactured in China, although some raw materials for those products come from China or other southeastern Asian countries.

“If a potential shortage or disruption of medical products is identified by the FDA, we will use all available tools to react swiftly and mitigate the impact to U.S. patients and health care professionals,” an FDA spokesperson said.

Democratic senators and some global health experts have expressed concern that the Trump Administration is taking both a political and ineffective approach to the potential of the coronavirus becoming a pandemic. The issue is the lack of expertise on the White House National Security Council and the Trump administration’s Coronavirus Task Force.

The NSC has no staff with experience directly related to public health emergencies such as the COVID-19 outbreak. The Trump administration, according to Biocentury, “has removed public health experts from the NSC and disbanded a unit established by President Barack Obama that was dedicated to pandemic preparedness and response.”

Luciana Borio, physician and medical/public health administrator, previously served as Director for Medical and Biodefense Preparedness at the NSC, but resigned in May 2018. The position has not been filled.

Rear Admiral Tim Ziemer, who was Senior Director for Global Health Security and Biodefense at the NSC under Obama and in the first year of the Trump administration, was transferred to the U.S. Agency for International Development (USAID) in July 2019.

David Wade, former chief medical officer at the FBI, acted as Director of Medical Preparedness at the NSC from January 2019 to January 2020, then was transferred to the Department of Homeland Security. His position at the NSC has not been filled.

Concerns were also expressed about the composition of the President’s Coronavirus Task Force. With a dozen members, only two are physician-scientists, Anthony Fauci, director of the NIH’s National Institute of Allergy and Infectious Diseases, and Robert Redfield, director of the Centers for Disease Control and Prevention.

Politico reported on Friday that high-level officials in the Trump White House have expressed concerns that a broader coronavirus outbreak in the U.S. could negatively affect President Trump’s reelection campaign.

Meanwhile, Italy reported the fifth death from the coronavirus, with police putting up checkpoints and quarantining towns in the country’s northern regions as they attempt to contain the outbreak. Festivities at the Venice Carnival were cancelled in response to the outbreak. Austria suspended train services to Italy for about four hours, but restarted again after two travelers tested negative.